My deepest thanks to all the wonderful publishers for the review copies received. For more details and full descriptions of the books, be sure to click the links to their Goodreads pages! 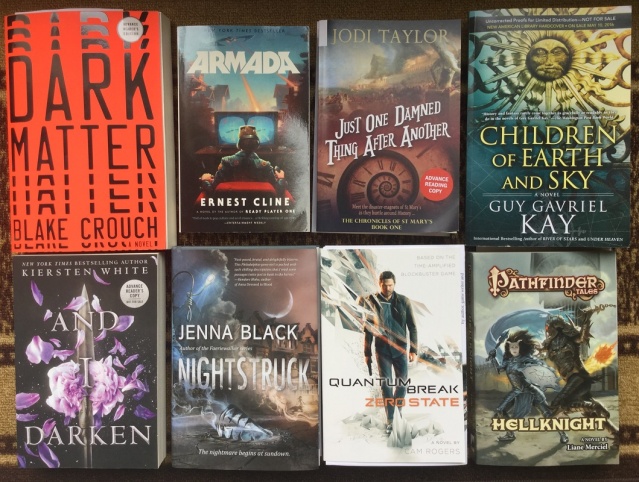 Dark Matter by Blake Crouch – My thanks to Crown Publishing for a copy of this ARC! Here’s a pic of the wickedly creative package that it came in, which I thought was really cool. I’ve actually been meaning to check out Blake Crouch’s other series Wayward Pines for a while, so this was definitely a welcome arrival.

Armada by Ernest Cline – From the kind folks at Crown, I also received a nice surprise in the form of this paperback edition of Armada. As you can see, the book is sporting a brand new cover, and I love the look! Here’s my review from last year, I had a lot of fun with this book. The paperback release is April 12 so be sure to note the date on your calendar if you missed the hardback!

Just One Damned Thing After Another by Jodi Taylor – The Chronicles of St. Mary’s series has been a bestseller in the UK for years, and this summer Skyhorse/Night Shade Books is finally bringing it to the US. My thanks to the publisher for an ARC of this quirky time-travel novel.

Children of Earth and Sky by Guy Gavriel Kay – One of my most anticipated books of the year! Guy Gavriel Kay always delivers, and I can’t wait to read his upcoming novel inspired by the conflicts and dramas of Renaissance Europe. With thanks to NAL.

Nightstruck by Jenna Black – My thanks to Tor Teen for this finished copy! The description had me at “paranormal horror.” Granted, it’s a tricky genre for Young Adult, but I’m looking forward to give this one a try.

Quantum Break: Zero State by Cam Rogers – My first reaction to this book was, “Wait, THERE’S A QUANTUM BREAK NOVEL?!?!?!?” Quantum Break the game is one of my most anticipated Xbox One titles this year, and they’ve been so hush-hush about this tie-in novel that I didn’t even know about it until earlier this month. I can’t wait to read this one, thanks Tor Books!

Pathfinder Tales: Hellknight by Liane Merciel – I’ve been playing the Pathfinder RPG with my gaming group for years now, but believe it or not I’ve never actually read any of the Pathfinder Tales novels, which you’d figure would be right up my alley. High time for that to change! Very happy that my first Pathfinder book will be by Liane Merciel, who has written some great tie-in novels, including one for Dragon Age. My thanks to Tor Books for this one as well! 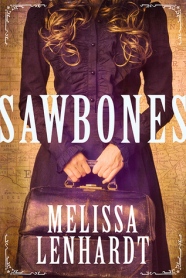 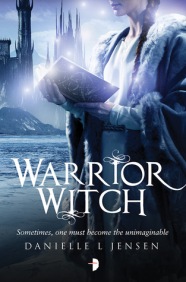 Too Like the Lightning by Ada Palmer – I have a real weakness for political science fiction, and Ada Palmer is an author I’ve always wanted to try. I’m also really excited to be taking part in the blog tour later this spring, so stay tuned for more information on that! My thanks to Tor Books.

Company Town by Madeline Ashby – I also couldn’t resist requesting this sci-fi mystery by Madeline Ashby, who’s also the author of The Machine Dynasty series, the first book of which blew my mind when I read it a while ago. It makes me optimistic for her upcoming novel from Tor, which I hope will be as thoughtful and hard-hitting.

Sawbones by Melissa Lenhardt – I’ll admit, when this one first caught my eye on NetGalley, I ended up passing it by (albeit reluctantly) because it was straight up historical fiction without a speculative element. However, the Orbit publicist made me decide to take a second look when she wrote me a note saying she thought this one would be right up my alley. How could I resist a recommendation like that? With thanks to their sister imprint Redhook for the widget invitation!

A Gathering of Shadows by V.E. Schwab – When I saw that they had switched publishers and narrators for this sequel to A Darker Shade of Magic and that it would be performed by two of my favorite narrators, Kate Reading and Michael Kramer, I just knew I had to get my hands on the audiobook edition! Much thanks to Macmillan Audio for the opportunity.

Infomocracy by Malka Older – Thank you so much to Tor.com for an eARC of this cyberpunk political thriller from debut author Malka Older!

The Raft by Fred Strydom – It seems I just can’t say no to a dystopian. What happens when humanity loses its collective memory? This book sounds like it could either be really confusing or really awesome, but when I saw it up on Edelweiss from Talos, I saw no harm in giving it a shot.

The Binding by Nicholas Wolff – I’m feeling so optimistic about the horror genre this year, I pretty much want to check out anything and everything. This was on my list of debuts to watch, and doesn’t hurt that it’s a supernatural horror. With thanks to Gallery Books.

The Summer Dragon by Todd Lockwood – When one of the most renowned artists of dragons in fantasy fiction has written his debut novel about his beloved subject, hell yeah, I really need to take a look. My thanks to DAW!

The Devourers by Indra Das – This book was only peripherally on my radar for the longest time, but when I saw that cover I one-clicked that request button so fast you wouldn’t freakin’ believe. Evocative and dreamlike stories can be hit or miss with me, that’s true, but with a cover that gorgeous, I think I’ll take my chances. Yes, I’m a cover whore and I’m not sorry! My thanks to Del Rey.

Warrior Witch by Danielle L. Jensen – An eARC of the third and final book of the Malediction Trilogy is in my reader now, locked and ready to rock thanks to Angry Robot! Looking forward to see how it all ends.

Here are all my reviews since the last update, gathered together and listed here for your convenience and viewing pleasure. It was a pretty good couple of weeks, I must say.

My thanks to Brian Staveley who stopped by The BiblioSanctum with a guest post last week!

Guest Post: “The Unforgiving Net; the Horror of Publication” by Brian Staveley

Here’s what I’ve been reading recently. There are many awesome new releases in early April so I’ve been checking out a lot of them during the second half of March. Keep an eye for reviews of the following books in the upcoming weeks, if they’re not up already that is! 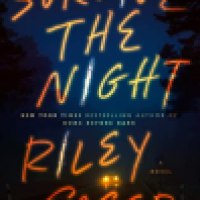