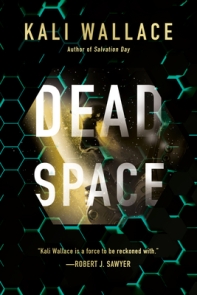 An excellent combination of the crime mystery and science fiction genres, Dead Space was absolutely brilliant, and I believe readers who enjoy a thriller element to their stories will find this one especially rewarding.

As well, we have an interesting protagonist with a complex history at the helm. As the novel opens, we are introduced to Hester Marley, a scientist whose life’s dreams were ripped away by a catastrophic incident that leaves her severely injured and bankrupt from medical procedures used to heal and reconstruct her. Now she works as a security officer for a powerful mining corporation with an operation in the asteroid belt, simply trying to remain inconspicuous and make ends meet.

But pretty soon, her plans are shot to hell once more as a former colleague is found violently murdered. In truth though, David Prussenko was more than just a co-worker. To Hester, he was also a close friend as well as a fellow victim of the attack that left her life in ruins. Even more devastating, she and David had just reconnected mere hours before his body was discovered, because he had wanted to share with her a shocking discovery related to their past work and history. Even without the intense pressure from her superiors to catch the killer, Hester is now doubly motivated to solve the mystery, driven by her desperate need to know the truth. What had David wanted to tell her, and could it have been related to his murder?

Dead Space was my second novel by Kali Wallace, and I loved Salvation Day, so I had high hopes for this claustrophobic and dangerous locked room murder mystery which, amazingly enough, unfolds over the course of about a day on pretty much this one asteroid mine. Everything about its fantastic premise was screaming at me to read it, read it, read it, and I’m happy to report that the book met my expectations and more.

A lot of this had to do with Hester, whose character depth and development were nothing short of extraordinary. Our protagonist is a burned out and jaded version of the hopeful scientist she used to be, which we were able to glimpse in occasional flashbacks showing a happier and more vibrant young woman. But the disaster that maimed her and killed most of the other ship passengers had left Hester with the burden of survivor’s guilt and effectively a lifetime of indentured servitude to pay off her medical bills. Worse, the implants and prosthetics with which they replaced her missing limbs had the result of making her feel even more untethered to the person she once was.

Many in her position would have given up, allowing the darkness to swallow them whole, but our Hester is definitely not a quitter. In fact, we are treated to frequent moments of optimism, usually related to her positive memories of David or her past work in the field of AI research. She is also determined worker, and damned good at her job. Under that sullen exterior is someone who truly cares about justice, even if she hadn’t had a personal connection to the murder investigation.

The plot is also propelled by insistent pacing, with practically no downtime at all. Yet never once did I feel rushed or that the narrative was lacking in explanation. On the contrary, Wallace is not an author to skimp on the details. Balancing world-building and storytelling, she establishes a solid foundation for darkly appealing mystery with not only the procedural aspects but sci-fi ingredients as well, like artificial intelligence and survival in space. The momentum continuously builds until before you know it, we’re speeding along with the speed and force of a runaway train. All of it culminates in a tremendous finale, one full of deadly surprises and stunning reveals.

Needless to say, I loved Dead Space and it is my hope that Kali Wallace, who has written books in many genres and age categories, will continue in adult sci-fi thrillers for a little while longer. I want more—more of her superb characters, her astonishing stories set in space, and those terrifying and atmospheric settings she so vividly brings to life.

Audiobook Comments: The narrator was new to me, but the audiobook producers could not have found a better voice for Hester Marley in Abby Craden, who has earned herself a fan. I’ll be looking out for more of her performances in the future. Highly recommended listen. 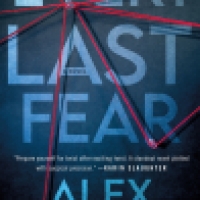 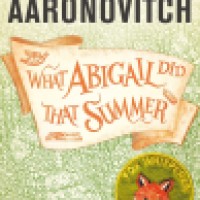