Almost all the new acquisitions this week were surprise arrivals in my mailbox. My digital haul, on the other hand (which seems to have a real blue/tan color theme going on there) is another story. Let’s face it, I have a book addiction, though in my defense more than half the titles there are audiobooks and I am always in need of something to listen to. These days, I seem to be running around with my headphones/car stereo/bluetooth speakers on more than I am actually sitting down reading. I’d like to thank the publishers and authors for the following review copies received, and for more details and full descriptions of the books, be sure to click the links to their Goodreads pages!

The Burning Isle by Will Panzo – This book’s blurb had me at “Grimdark”. I’m always looking for my next great dark fantasy read, and I hope this one is as amazing as it sounds! My thanks to Ace Books.

Children of Exile by Margaret Peterson Haddix – I was unfamiliar with this one, but after some research I learned that it is the first of a Middle Grade sci-fi dystopian trilogy. The MG tag immediately made me hesitate, but I can’t deny I am intrigued and also excited by the number of positive reviews. I’ll probably end up giving this a look. My thanks to Simon and Schuster Books for Young Readers.

Keller’s Fedora by Lawrence Block – Another novella from the amazing folks at Subterranean Press! This is a book in the John Keller series about a hit-man in New York City, which I have to admit I’m not familiar with. I like the sound of it though, and if I can read it on its own without any prior knowledge of the series and character, I may give it a shot.

The Wall of Storms by Ken Liu – In case you missed my review about how awesome this book is, the link is in the review roundup section below! This was a gigantic tome but I loved every moment. Thank you so much to Saga Press and Wunderkind PR.

The Secret Life of Souls by Jack Ketchum and Lucky McKee – At first glance, I thought this book might be a contemporary feel-good book about dogs. Then I looked it up. Let’s just say the actual description couldn’t be farther from my first impression. It’s actually a psychological thriller/horror, but there is an extraordinarily gifted dog involved. I hadn’t heard about this before, but now I want to read it so bad! Thank you for the introduction, Pegasus Books.

A new week also brings some new arrivals from Tor: This edition of Dragon and Thief by Timothy Zahn is a reissue of the first book of his YA series Dragonback, and I’m really digging that new cover! Next is a finished copy of Faller by Will McIntosh which I’ve already devoured. There are some really wild and fascinating ideas in this one! I should have a review scheduled soon. Finally, I was really excited to receive a hardcover of Invisible Planets edited and translated by Ken Liu – this is an anthology of contemporary Chinese science fiction in translation, and whoa there are some really cool stuff in here. Huge thanks to the publisher for these goodies.

Patterns of the Wheel by Amy Romanczuk – One more little gem from Tor, and if you are a Wheel of Time fan or a coloring book junkie, then you are going to be very happy to know that finally the world is about to get a coloring book based on the world of Robert Jordan’s epic series! I’ll be hosting a giveaway of Patterns of the Wheel next week too, so keep an eye out for that! I can tell you the right now the illustrations are gorgeous and I’m looking forward to tackling some of them come this winter when I will have more time to hit the coloring pens and pencils (a set of which Tor was also kind enough to send!) 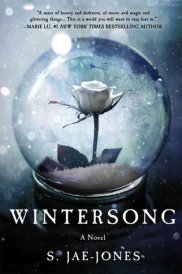 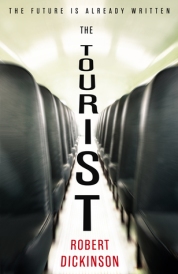 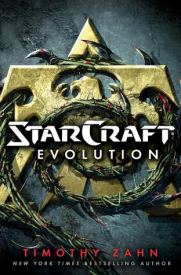 Timekeeper by Tara Sim – I just couldn’t resist downloading this. I know Victorian-era steampunk is one of those ubiquitous tropes, but I just love it. With thanks to Sky Pony Press via Edelweiss.

Binti: Home by Nnedi Okorafor – Also thanks to Tor.com for sending me this e-galley of the sequel to Binti. While I had mixed feelings about the first book, I still want to read this–but I may try out one of Okorafor’s full-length novels before I do.

Wintersong by S. Jae-Jones – Another impulse request because of this novel’s gorgeous cover and description. I’m definitely in trouble, because there’s already so much incredible YA coming out next year. My thanks to Thomas Dunne Books and NetGalley.

A Darkness Absolute by Kelley Armstrong – I slammed on the request button as soon as I saw this pop up on NetGalley, and no regrets! Earlier this year I read my first Kelley Armstrong novel, the absolutely phenomenal mystery-thriller City of the Lost. This is the sequel and I am just crazy overjoyed to be approved. My thanks to St. Martin’s Press/Minotaur Books.

The Tourist by Robert Dickinson – Audiobook with thanks to Hachette Audio. The description for this book caught my eye right way, though I won’t lie, I’m actually quite nervous about the mixed reviews. I’m hoping the audio version will help alleviate some of the common complaints, plus I am I also a big fan of the narrator Peter Kenny so I decided to go for it.

Iron Cast by Destiny Soria – Audiobook with thanks to Audible Studios. I had been drooling over this one for a while, so I jumped on it the moment I saw that the audio version was available for request. Looks perfect for when I’m in the mood for some light and fun historical fantasy YA.

I also had the pleasure of connecting with Penguin Random House Audio last week, and I’ve already been set up with a trio of amazing audiobooks. Gemina by Amie Kaufman and Jay Kristoff is definitely a must-read for me this fall and I am doubly excited about the chance to experience it in this format. If this book is anything like its predecessor Illuminae, this should be very interesting. I’m also rocking the media tie-ins with these next two: I’ve already binge listened to and completed Star Wars: Ahsoka by E.K. Johnston, which was so good, and Starcraft: Evolution by Timothy Zahn should satisfy my Starcraft itch. My deepest thanks to PRHA!

Now should also be the perfect time to announce that for the third year The BiblioSanctum will be participating in November Sci-Fi Month hosted by Rinn Reads and Over the Effing Rainbow. As the name of the event implies, next month we’ll be bringing you all kinds of sci-fi goodness in addition to our usual content, including sci-fi related reviews, giveaways, and special features. In addition, the SF/F Read-Along group will be celebrating with a read-along of A Closed and Common Orbit this winter since last year we covered the first book A Long Way to a Small, Angry Planet. If you’ve been planning on reading this sequel too, why not come join us? You’ll find the details as they are updated here.

Time for a roundup of my reviews! Top featured spot goes to The Wall of Storms, the truly epic sequel to The Grace of Kings. Seriously, this series is blowing my mind. 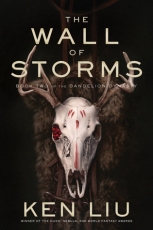 Big thanks to Jason Arnopp who stopped by The BiblioSanctum this week! If you’re looking for another great read, check out his spectacularly entertaining and creepy new horror novel The Last Days of Jack Sparks.

Here’s what I’ve been reading lately. A bunch of these books haven’t been reviewed yet, but I’m working on getting them up so stay tuned!