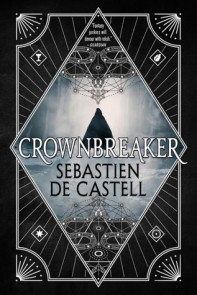 Crownbreaker is the ending to the Spellslinger series that fans have been waiting for. For six books now, we’ve been journeying along with Kellen Argos, a failed mage who has become so much more. But while it’s incredible to see how far he has come, how in many ways he is different from the boy he used to be, it’s also heartwarming to know in all the important ways he has not changed at all, that he is still the Kellen we know and love. Likewise, the stories in these books have evolved, growing bigger in scope and conflict, but a lot of the themes have remained the same, an anchoring point for longtime fans of the series.

For one thing, Kellen is still on the run, and even in exile he’ll never be safe, because so long as he has a price on his head, he’ll always be hunted. Still, what if there is an opportunity to put an end to all that? For now, Kellen has made a comfortable enough home for himself in Darome, serving as a tutor and protector to the nation’s young queen. But his family are aware of where he is and what he has been doing, and an offer to come home with no questions asked is now on the table. That said, there is the matter of his strained relationship with his parents, and the even more complicated one with his sister. With the possibility of a war looming, however, he’ll have to consider all options, as loathsome as some of them might be. In order to protect his queen, Kellen has been tasked to do something drastic, something he finds reprehensible, and yet, the consequences of not carrying it out can mean an end to the empire.

So yeah, endings make me nervous. No matter much I love a series, if the final volume is disappointing, it can really leave a bad taste in your mouth and sour the whole experience. And on top of that, endings usually mean saying goodbye to characters who have lived in our hearts and our heads for so long, it’s almost feels like you are losing a friend, making it all the more important for an author to provide a good sendoff.

But boy, does Sebastien de Castell know how to do just that! First of all, Crownbreaker is like the ultimate reunion of sorts, gathering ‘round all the important figures who have made an impact on our protagonist’s life. I nearly jumped up and danced with joy to have our original trio of Kellen, Reichis, and Ferius Parfax back together again—damn, I missed that spunky Argosi. But of course, her reappearance also spells some dire news for Kellen, stirring up painful emotions and putting him in a tight spot. A certain Argosi named after a Rose also makes a return, as does a familiar young woman and her hyena, so you know the author isn’t messing around. I loved how so many things came full circle, the way I love my endings. There have been a couple books mid-series where I felt things had stalled, but looking back now, I see that the plan has been in place all along for all the pieces to come together.

More than this, I really can’t say because of all the revelations and various plotlines that come to fruition which are best left for the reader to discover for themselves. Suffice to say we’ve reached a point where all the tension, all the mystery and intrigue has built to a point which demands a resolution worthy of its conflict, and De Castell delivers. Granted, there were parts in the book where pacing flagged, but I saw this as the inevitable result of all the explanations required to bring answers and closure to many of Kellen’s problems like the Shadowblack, his family drama, the uncertain  relationship he has with his own abilities as well as his past. After all these years, he thought he had made his peace with the injustices inflicted upon him, but a part of him still wants the life he was supposed to have, and I think these feelings play a major part in Crownbreaker which made this a very emotional book for me.

And speaking of emotional, it still amazes me how much Kellen has grown—and not only that, how much the series has matured along with him. Spellslinger, the first book, was distinctively YA, but by the time we get to Crownbreaker, the tone of the series has become more ambiguous, with elements that would appeal to both YA and adult readers. It’s brilliant, because it makes us feel like we grow with the character, watching Kellen develop from an awkward boy of fifteen, naively trying to game his way through his trials, to a worldly young adult who is the sum of all his experiences and the lessons he’s learned while being on the road. The brilliance also extends to the final postscript, which was surprising, different, and completely awesome.

So kudos to you, Mr. De Castell, for you’ve done it again! Thank you for the gift of the Spellslinger series, which you can be sure is now joining The Greatcoats quartet on my all-time favorites shelf. To fantasy fans, if you haven’t had the pleasure of reading this author, then you’re in for a treat, because if you’re into humor and action, genuine characters and richly imagined worlds, his stories have it all. 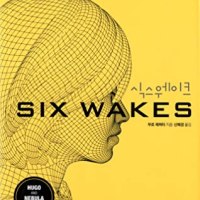