With thanks to Simon Pulse for an ARC of Girls With Razor Hearts by Suzanne Young, which is the sequel to Girls With Sharp Sticks, which I loved! Also thanks to Pyr Books and the kind folks at Kaye Publicity for sending along a finished copy of The Hanged Man by K.D. Edwards. Unfortunately I probably won’t be able to squeeze it into my reading schedule this month, but you can be sure this sequel to The Last Sun will be high priority for January 2020. Up next is an ARC of The Ranger of Marzanna by Jon Skovron, with thanks to the amazing team at Orbit. I read and enjoyed the author’s Hope and Red so I’m excited to check out more of his work.

Thank you also to Tor.com, because they’ve been spoiling me silly lately! Last week they sent me the following ARCs: The Order of the Pure Moon Reflected in Water by Zen Cho, The Empress of Salt and Fortune by Nghi Vo, and Hearts of Oak by Eddie Robson. Looking forward to reading them all because they all look so good!

I would also like to thank William Morrow publicity for reaching out about Hunter Killer by Brad Taylor. I’ve always been curious about his thrillers! This one’s the latest in the Pike Logan series but I was told it can be read as a standalone, so I’m going to give it a try. Thanks also to HarperTeen and the awesome Wunderkind PR team for sending along this beautiful hardcover of The Sky Weaver by Kristen Ciccarelli. I was also sent the second book earlier this year to help me catch up, so that’ll likely be next up on my reading list.

With thanks to Tor Books, I was also thrilled to receive the following ARCs of titles that are on my highly anticipated list for early 2020! Otaku by Chris Kluwe is a book I featured on a Waiting on Wednesday post not too long ago because I’m intrigued by its gaming angle, and The Unspoken Name by A.K. Larkwood is the first book of a high fantasy series called The Serpent Gates which looks to have a lot of potential. 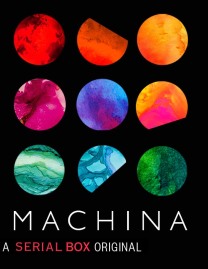 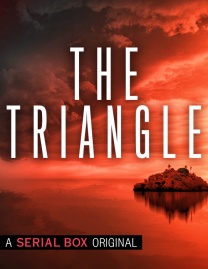 I’ve been hitting my audiobook TBR hard these last few weeks, so I’m trying not to request too many books to add to it. But when Serial Box contacted me, I couldn’t help but check out a couple of their newer series. Machina by Fran Wilde, Malka Older, Curtis C. Chen, and Martha Wells has just started, so I may wait until it is closer to completion to binge read this sci-fi serial about two companies competing to send their AI robots to colonize Mars. Then there’s The Triangle by Dan Koboldt, Sylvia Spruck Wrigley, and Mindy McGinnis, which caught my attention because it gave me serious LOST vibes.  believe the first season is finished, so I’ll likely be diving into the audio episodes soon.

Crownbreaker by Sebastien de Castell (4.5 of 5 stars)
Anyone by Charles Soule (4 of 5 stars)
Salvaged by Madeleine Roux (3 of 5 stars)

← Friday Face-Off: Dark and Forboding
Audiobook Review: You Are Not Alone by Greer Hendricks and Sarah Pekkanen →