YA Weekend Audio: The Queen of Nothing by Holly Black 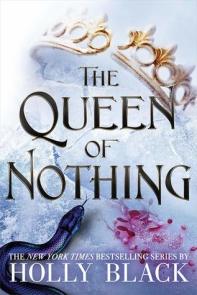 The Queen of Nothing by Holly Black

Series: Book 3 of The Folk of the Air

One of the most anticipated endings has finally arrived, and did it meet my expectations? Hell yeah it did. Here’s the thing, though—The Queen of Nothing calls back to some of the themes and elements used in the first two books, but rest assured Holly Black has taken the appropriate steps to give this finale a very special flair to make it stand out. We also get so much of everything we’ve come to love throughout this series, including more conspiracy and more manipulation (in other words, more Fae politics in general) as well as deeper look into the tantalizingly complex relationship between Jude and Cardan.

But first, the obligatory warning: make sure you’ve finished both The Cruel Prince and The Wicked King before reading this review. There won’t be spoilers for The Queen of Nothing, but due to the author’s love of cliffhangers and unexpected surprises, it would be impossible to discuss this book without referencing past events, so I hope you’re caught up! The novel begins straight away with the fallout from the previous book’s bombshell ending, in which Cardan manages to convince Jude to release him from his vows to her, making her his queen before promptly exiling her back to the world of mortals as soon as he gets his free will back. Rightfully pissed off at Cardan’s betrayal, Jude whiles away her days seething at the fact that even though she is the legitimate queen of Faerie, she has lost all authority and her life would be forfeit if she ever tries to return.

But then comes a desperate request for help from her twin sister Taryn, who finds herself in grave danger. To save her, Jude must take a great risk and sneak back into the Faerie Court, using a combination of magic and her own wits to hide herself in plain sight. But going back also means having to confront Cardan, something Jude isn’t sure she’s prepared for, after everything they’ve been through together. Worse, it appears the political situation has not improved since she left. As the realm braces itself for war, Jude finds herself caught in the middle of a roiling quagmire of secret plots, assassination attempts, and other cloak-and-dagger-type dealings.

Holly Black is a master storyteller, and all her careful plotting has finally come to fruition in this final novel of The Folk of the Air trilogy in which one wrong step by the main character can bring everything crashing down. Fae politics have been the backbone of the series since the beginning, but they are especially at the forefront in The Queen of Nothing, as Jude treads a fine line in her dealings with Cardan. But now the suspense is even higher, since we’re not sure where they stand—is the king still a lover and ally, or is he an enemy who will be the death of our protagonist? The two of them continue to tease us with this beguiling dance. Remember, almost every major character in this world has an agenda, and we know from experience that the details behind those agendas are always closely guarded, which keeps the tensions high and readers guessing.

I also love how Jude is a survivor. No, she’s not always nice, nor does she always do the right thing. We’ve already seen the lengths she will go to further her own goals, but that’s not always a bad trait to have in a main character who is more of an antiheroine. It certainly makes things a lot more interesting! Jude’s personality is a result of her experiences, many of which are dark and traumatic. That said, she still has a lot of admirable traits. Hungry for revenge, her reasons for returning to Faerie might not be entirely altruistic, but part of her is also motivated to protect a sister and her secret—someone who is arguably undeserving of such loyalty.

Other highlights include major family drama. We’ve already touched upon some of the issues with Tayrn, and that’s just the tip of the iceberg. Furthermore, we get to spend some quality time with Oak, who is being kept safe in the mortal realm. On the topic of Jude’s traumatic past, this book also features some serious developments with Madoc. More than that I don’t wish to say for fear of revealing too much, but if you are invested in any or all these characters I think you’ll find yourself deeply engrossed with everything that happens.

Bottom line, if you’ve enjoyed everything you’ve read in the trilogy thus far, I have a feeling you will also love the way The Queen of Nothing brings everything to a close. It’s everything I liked about the previous books and more. All in all, a very satisfying finale, and together these three books make up one of the best YA series I’ve read in years.

Category: 4 stars, Audiobooks, Fae, Fantasy, YA Weekend, Young Adult     Tags: Hachette Audio, Holly Black, The Folk of the Air, The Queen of Nothing

39 Comments on “YA Weekend Audio: The Queen of Nothing by Holly Black” 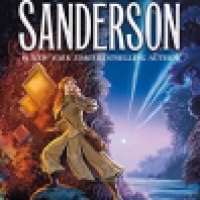 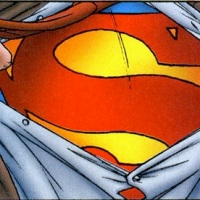