YA Weekend Audio: The Beautiful by Renée Ahdieh 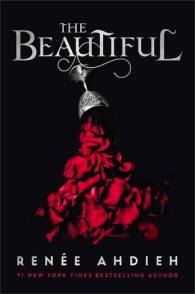 The Beautiful by Renée Ahdieh

Series: Book 1 of The Beautiful

While I’m no stranger to Renée Ahdieh’s work, having read The Wrath and the Dawn and Flame in the Mist, neither book enticed enough to pick up the rest of the series, so when I first heard about her new novel The Beautiful— a vampire book, no less—I was understandably skeptical. But I guess as they say, third time’s a charm. I was a little nervous going into it, considering how early reviews were mixed, but I ultimately enjoyed it quite a lot.

The Beautiful takes us to 1872 New Orleans, where we meet our protagonist Celine Rousseau, who is newly arrived from Paris. Forced to flee Europe because of a secret in her past, Celine has come to live in the Ursuline convent along with half a dozen other girls taken in by the strict Mother Superior. But life among the nuns has not softened Celine’s spirit or her natural curiosity, which leads her to explore the historical and cultural wonders of New Orleans. She soon catches the attention of Sébastien, the nephew and scion to one of the most powerful men in the city, Count Nicodemus Saint Germain. Sébastien is the leader of his own underground club, which operates out of their glitzy hideout La Cour des Lions, and it isn’t long before Celine finds herself deeply involved in their activities.

But at night, the streets of New Orleans are not the safest place to be. A killer has been terrorizing the city, leaving behind corpses completely drained of blood. When one of the victims, a girl from the Ursuline convent, is found inside La Cours des Lions, Celine has reason to suspect the club charming and glamorous proprietor, even as she finds herself falling for him. Sébastien is handsome and beguiling, but she also can’t deny there’s a darkness in him that she can’t figure out. And when the latest murder brings the attention of the city police down on them all, the investigation threatens to expose Celine’s own terrible past.

When it boils down to it, The Beautiful is pretty derivative as far as vampire fiction goes—for example, even now I can’t say for sure why this story had to be a historical fiction set in New Orleans, other than the obvious reason of being a call back to Anne Rice’s Interview with the Vampire. Whether this or other references are intended to be a homage to Rice or other authors, Ahdieh was clearly influenced by popular vampire fiction. She borrows heavily from the greats, employing tropes that I think will be familiar with many readers.

But I started seeing the book from another perspective once I stopped thinking of it as a vampire book, but instead began considering it as a mystery. In fact, you could probably do away with the vampire aspect and the story would have still been as provocative and intriguing—bad news for vampire aficionados, perhaps, but perfectly fine for a historical mystery fan like myself. The plot is well-paced, capturing a certain Victorian gothic vibe. Sprinkled in is also a good dose of forbidden romance, which wasn’t the most prominent theme in the book, but it did help add some zing to the mystery narrative whenever it threatened to grow stale.

Best of all, for the first time I noticed that the author has improved her writing and mostly refrained from using overly flowery descriptions and purple prose. As this was a huge problem for me in both The Wrath and the Dawn and Flame in the Mist, I was happy to see Ahdieh is finally learning to lay off the melodrama and overwrought metaphors. Of course, there are still some issues, like insufficient world-building and the conspicuous absence of adults, but to be fair, I feel those are problems in YA as a whole and not particular to The Beautiful. Seriously, who’s going to believe the New Orleans police force is going to put a teenager at the head of one of their biggest murder cases of the century? We all know why Michael is young and hot, and it certainly isn’t because he’s a brilliant detective.

Unlike a lot of YA these days though, The Beautiful kept me engaged from beginning to end. I think it’s my favorite book by Renée Ahdieh to date, and upon finishing it, I actually felt motivated enough to want to continue with the series, and not just because the open ending. I’ll be watching for the sequel.

Audiobook Comments: The audio version of The Beautiful was narrated expressively by Lauren Ezzo, whose varied accents and voices conjured up the time period and the people and places described in the book. I didn’t care for a couple of her male character voices, which sounded awkward and rough like she was talking around a mouthful of rocks, but thankfully those instances were few and far between. I would recommend this audiobook overall.

25 Comments on “YA Weekend Audio: The Beautiful by Renée Ahdieh”