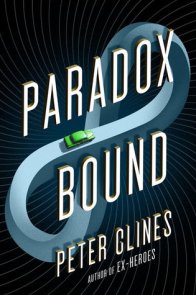 Despite my love for time travel stories, sometimes they can be hard to wrap my head around. I think that might be why I struggled a little with this one, even though I’m a huge fan of Peter Clines and look forward to every new novel of his that comes along. They’re always so unique and original, and yes, a lot of the time, they can be quite strange as well. Paradox Bound turned out to be one of these books, and while I enjoyed it overall, there were admittedly parts of it that grew out of control and tested my patience.

Our protagonist Eli Teague was just a young boy when he first met Harry. Dressed in a Revolutionary War outfit while stranded on the side of the road with her broken-down hundred-year-old car, she had stuck out like a sore thumb in a small town like Sanders, Maine—where nothing ever changes and nothing interesting ever happens. But soon after Eli stopped to help, he noticed a second strange vehicle speeding towards them, and what he saw behind the wheel was so disturbing, and so impossible, that the sight made him lose control of his bladder. Upon noticing the other car’s rumbling approach, Harry’s response was also panicked and immediate, and a split second later the two cars were off in a cacophony of screeching tires and gunfire before Eli could even register what had happened.

In the decades after this event, Eli would meet Harry several more times—but each time, even though Eli would be older, Harry would look just as she did the day of their first encounter. Each time, Eli would also become more and more obsessed about this bizarre pretty woman whose random appearances in his life seem to be tied to his fate. Who is she? And where did she come from? Eli wants answers, but what he ends up getting is much more than he expected. It turns out Harry is part of a shadowy group known as The Chain, whose members can travel back and forth through history, and in aiding her in the search for an artifact called the “American Dream”, Eli has inadvertently managed to get himself targeted by the same nefarious enemies who are hunting her. Now the country’s past, present, and future are on the line, as Eli and Harry must use all their wits to survive an adventurous cat-and-mouse chase across time.

Sometimes, it can take a lot of head-scratching for me to figure out why a book is not working as well as it should, but in the case of Paradox Bound, I knew almost right away. Firstly, despite the novel’s entertaining and punchy premise, it took a long time for the story to build and for the main conflict to reveal itself. As interesting as it was to read about Eli and Harry’s mysterious early encounters, I found I had a hard time caring about them without the necessary context, though to his credit, I think Clines did his best to provide it wherever he could. Still, time travel stories can be tricky, and this one might be trickier than most, involving a lot of complicated ideas and moving parts. In many of these cases, the concepts surrounding the time traveling aspect itself becomes so unwieldy and hard to manage that they end up crowding out everything else, and in order to get everything across to the overwhelmed and confused reader, other areas like character development must be sacrificed as a result.

That said, the story did have its brilliant moments. This is, after all, Peter Clines. While Paradox Bound may lack the breathless urgency which made his previous novel The Fold so addictive, the author clearly has a knack for action and suspense, so he knows exactly what makes a crowd-pleaser. The complex themes in it notwithstanding, there’s no doubt this book contains immense commercial appeal, and I believe readers will delight in getting to visit several iconic periods in American history as well as the chance to meet some famous historical figures, both real and fictional. The adventurous elements also gave this story an overall sensational, almost pulpy tone that I thought was slickly done.

And yet, I think these strengths only managed to counteract some of the weaknesses to an extent. Thing is, Paradox Bound is now the eighth novel I’ve read by Mr. Clines (told you I was a big fan), and having seen the incredible storytelling and character development he’s capable of, I just can’t say this was his best. Still, he’s certainly been setting a high bar for himself in the past few years, so my expectations going into this were admittedly high—perhaps a little too high, if I’m to be completely honest. Regardless, this small disappointment will not prevent me from picking up more of his future work, and I’m glad he’s continuing to push the boundaries of speculative fiction. 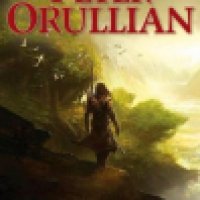