So, as you might have heard, our area got a bit of snow last week…

We’re in northeastern Maryland, and winter storm Jonas kicked us hard in the ass. Official numbers put snow accumulation in our town at around 28-29 inches, which sounds about right. When I opened the door to our yard on Sunday morning, some of the drifts were more than three feet high (my daughter, in the above photo, is about 41 inches tall) and we were pretty much snowed in the whole weekend, despite all our efforts shoveling and snow blowing. The plows were still working overtime trying to get the roads clear and most businesses were closed, which meant nowhere to go and nothing to do but stay at home for days. Yes, you can bet I spent a lot of that downtime reading.

Before the blizzard hit though, some great books showed up in the mail. Some were titles I requested, but as usual there were more than a few happy surprises. I would like to thank the publishers and authors for sending me these wonderful review copies:

Snakewood by Adrian Selby – One of my most anticipated releases for this spring! I was very excited when this ARC arrived. My thanks to Orbit for the chance to read this dark fantasy story about a band of mercenaries who use strange alchemy and magical brews to escape a killer hunting them.

Starborn by Lucy Hounson – A squee-inducing book, courtesy of the good folks across the pond at Tor UK. A YA fantasy adventure about a young woman on the run until she is rescued by two strangers, leading to a chain of events that awakens her own power within her. I cannot wait to start this.

The Damned by Andrew Pyper – Last week I got an unsolicited package from Simon & Schuster, and my jaw literally fell open when I opened it up to see this inside. HOW DID THEY KNOW I WANTED TO READ THIS ONE BADLY?! Apparently, the paperback release is next month, complete with a brand new cover. Like I said in a recent Top Ten Tuesday, The Damned is a top 2015 release that I meant to read last year, but was sad that I didn’t get to do so. Its serendipitous arrival was no doubt telling me that it was time, so I dove into the book that very same night and devoured it. My thanks to the publisher for sending me this most excellent horror novel. Review to be posted soon!

The Dragon Round by Stephen S. Power – The awesomesauce of S&S does not end there. Last year before the holidays I also got a nice email from the publicist working on Simon 451 titles letting me know they saw my Waiting for Wednesday post about The Dragon Round, and asked if I would be interested in a review copy. I told her that I had been approved for the eARC already, but they said they were more than happy to send a print copy along as well. It came earlier this month, and I love having a physical copy. I know it’s just the proof version, but I still look at that cover and get a bit of vertigo from that stunningly gorgeous image. The high seas and dragons! My thanks again to Simon & Schuster, I am even more excited to read this now.

The Lyre Thief by Jennifer Fallon – This book first landed on my radar late last year, and the more I learn about it, the more delicious it looks. A story about stolen music, the quest for a tiny lyre, and a powerfully compelling female protagonist. This epic fantasy sounds right up my alley. With thanks to Tor Books.

Poseidon’s Wake by Alastair Reynolds – My thanks to Ace Books for sending me the finished hardcover, which was a surprise arrival like the ARC I got last month. I guess they really want me to read this! And believe me, I really want to read it too! Priority will always go to requested books of course, but I’ve also been looking into my library to see if they have the audio of the first book Blue Remembered Earth. When my reading schedule clears a little, I’d like to start this series. I’ve heard great things about it, and Alastair Reynolds is an author I really NEED to read.

Kingfisher by Patricia A. McKillip – Speaking of authors I really need to read, lately I’ve been hearing all sorts of praise for Patricia A. McKillip’s latest novel. I was also in a Twitter discussion earlier this week about which books of hers are our favorites, and of course I had to sheepishly admit I’ve never read her. I hope to remedy that next month when I dive into Kingfisher, a book of ancient magic and knights, enchantresses and fae. My thanks again to Ace Books.

Ex-Isle by Peter Clines – Paperback, with thanks to Broadway Books. This was a surprise arrival, but a very welcome one! I’ve been following Clines’ superheroes meets zombie apocalypse Ex-Heroes series for a while now. Still, it’s hard to believe this is already book 5! Good thing I’m caught up so I can dive right in.

Doom of the Dragon by Margaret Weis & Tracy Hickman – My thanks to Tor for this finished copy of the latest book in the Dragonships of Vindras sequence. My guess is that I won’t be able to read it as a standalone as it is the fourth and final volume, but it’s definitely getting bumped up the list of unsolicited-books-or-series to try out if time allows! I hear folks talk about the authors’ Dragonlance books all the time, and I feel like I owe it to myself to check out their writing.

Dragon Hunters by Marc Turner – Hey, look at all these covers of dragons harassing ships! Dragons, dragons, dragons! This update seems to be all about dragons, but that, my friends, is what I call a happy problem. Tor Books was also kind enough to send along this gorgeous finished copy of the sequel to When the Heavens Fall. It was a surprise arrival as well, but seeing as I already had every intention of continuing the series, book two’s arrival couldn’t have been more perfect! 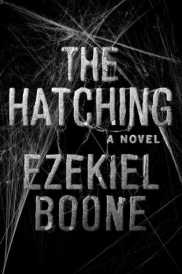 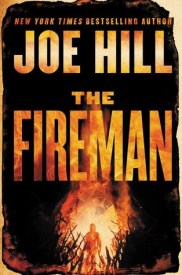 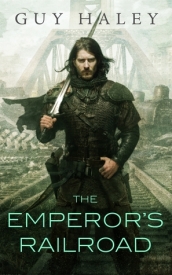 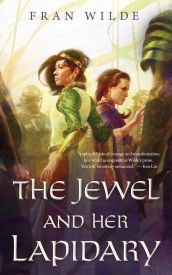 The Hatching by Ezekiel Boone – 2016 is shaping up to be a great year for Horror. I swear, every time I turn around I see another new title that catches my eye. This one showed up on Edelweiss the other week, and it was on my watchlist so I couldn’t resist requesting. Thanks to Atria/Emily Bestler Books for approving me. It sounds like an eco-horror type story from its description, but from the blurb on the Canadian edition, I think I also caught the mention of — brace yourselves — carnivorous spiders. Ruh oh!

Squid’s Grief by DK Mok – I read DK’s epic fantasy novel Hunt for Valamon last year and had a great time with it. So when she emailed me to ask if I would be interested in a review copy of her upcoming book Squid’s Grief, I said absolutely! I believe this one is sci-fi, but the description hints at a dynamic and quirky team-up, the same kind I enjoyed so much from her last book. And hey, any mention of a heist, I’m there.

The Fireman by Joe Hill – I also read Joe Hill for the first time last year, and I promised myself that it wouldn’t be the last. NOS4R2 rocked my socks, so here’s hoping The Fireman will as well! eARC courtesy of William Morrow via Edelweiss.

The Emperor’s Railroad by Guy Haley and The Jewel and her Lapidary by Fran Wilde – More goodies from the wonderful team at Tor.com! I have to say, I’m getting more curious about The Emperor’s Railroad by the second and I know Tiara is excited to read it. And I didn’t even know about the Fran Wilde novella until I got the email with the eARC! I love discovering new stuff.

I was also happy to at long last receive my physical copy of The Death of Dulgath from Michael J. Sullivan’s Kickstarter campaign for this third book of the Riyria Chronicles. I really didn’t mind the wait, and I appreciate how he and his wife have worked ’round-the-clock getting our goodies out and keeping us updated on the shipping process. The project was a wild success with a lot of rewards to mail out, and I am excited the book (signed, plus lots of bookmarks!) is in my hands now, along with a Rose and Thorn t-shirt.

Here are all my reviews since the last update, gathered together and listed here for your convenience and viewing pleasure. My first five-star rating of 2016 went to Robert Jackson Bennett’s City of Blades. Have you read this amazing book yet?

My thanks to the authors who stopped by these last couple of weeks!

WHAT I’VE READ SINCE THE LAST UPDATE

This is what happens when snow keeps you stuck indoors for four-and-a-half days (though to be fair, a couple of these are very short novellas). I did a lot of cleaning, polished off a lot of books, and listened to even more audiobooks while leveling in World of Warcraft with my husband.

← The Road to Civil War: The Road is Dark and Full of Terror
Rosemary and Rue Read-Along Week No.4 →