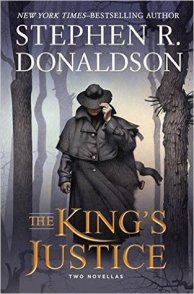 While my own personal experience with Stephen R. Donaldson is admittedly limited, his name is definitely no stranger in our household. My husband is a big fan of his Thomas Covenant books, which is probably the series Donaldson is best known for. Myself, I’ve only read the first book Lord Foul’s Bane as well as a couple books in his Gap series, so it’s safe to say that I’m still relatively new to his work.

Still, I was interested to read more. And what I’ve seen is enough for me to get a sense of his style and the tone of his stories—namely, frequently dark and brutal—so I had a good idea of what to expect going into The King’s Justice, Donaldson’s latest book which collects two new and original novellas. This a fantastic format if you are curious to give a new author a try or if you simply want to read more without having to commit to a longer series, especially since many of Donaldson’s are very heavy and can take quite an emotional toll.

This title story tells of a mysterious black-clad stranger arriving in the village of Settle’s Crossways to investigate a string of terrible murders. Known only as “Black”, he claims to be in the king’s service and proceeds to question the denizens of the town, using his powers of interrogation to make them reveal what they know to him. A new evil has made its home in this place, and Black will follow its trail to the ends of the earth even if it kills him—and it damn well might. But the king’s justice needs to be served and Black will not stop until his job is done.

This story is close to what comes to mind when I think of Stephen R. Donaldson. It’s a bleak and savage tale, delving into the darker side of human nature while also juxtaposing that with the esteem of one man’s hunt for justice. This is the shorter story of the two in this novel, and the events go by quickly. If you want to know more, you’ll find yourself out of luck because the plot is so streamlined and lean, but the result is a simple and elegant tale that gets straight to the point. Also not for the faint of heart, but readers familiar with Donaldson’s probably know that already.

This second tale is much longer, almost twice as long as The King’s Justice and therefore may appeal more to readers looking for more character and story development. It follows the protagonist Mayhew Gordian, a Hieronomer to the Queen of Indemnie. His position requires him to read her majesty’s fate in the entrails of animals (and in one case, a stillborn baby) and every single time he sees the same message: Indemnie is doomed. Fiercely loyal to the crown, Gordian decides to launch his own investigations into who might be plotting against his queen and her daughter, the alluring Princess Excrucia (lovely name, isn’t it?)

The Augur’s Gambit may be longer, but it is also takes its time getting off the ground. The protagonist Gordian is not exactly an energetic character either, which hinders the pacing some more, though the narrative is not without some hints of humor, of the dark and ironic sort. The women are by far the more interesting characters here, with Queen Inimica’s confounding plot of proposing marriage to every single one of her barons as a means to uncover treachery, and of course Excrucia and the seductive hold she seems to have on our narrator. I didn’t find myself as drawn to this tale as I’d hoped, but it was nonetheless an interesting and complex tale of intrigue, complete with a couple unexpected surprises.

The short fiction format doesn’t always work for me, but I had a good time with these stories. All told, from what I’ve read of his work, The King’s Justice feels distinctively Stephen R. Donaldson. If you’re a fan, I would highly recommend grabbing this book to complete your collection, and for new readers curious about his writing, these two novellas would be an excellent place to start. 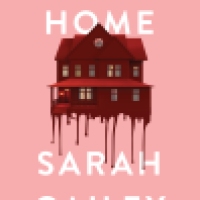 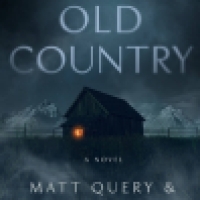