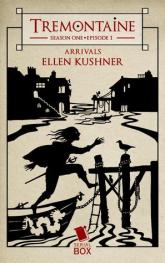 I have been looking forward to the launch of Tremontaine ever since I learned about Serial Box Publishing. When its trailer was unveiled, my attention was immediately drawn to the promise of action as well as the vibrant atmosphere of a world seemingly reminiscent of 17th or 18th century Europe. I also loved the juxtaposition of imagery from what looks to be two very different sides of the setting: one characterized by luxuriously dressed nobles indulging themselves at decadent balls and masquerades, versus a darker and seedier underworld where all manner of rogues and scoundrels gather to do their drinking, whoring and gambling. Plus, there was all that swashbuckling swordplay—I would be lying if I said that wasn’t a huge part of why I was interested in this.

Billed as the prequel to Ellen Kushner’s Riverside series that began with Swordspoint, Tremontaine promises all the passion and action fans have come to love. I was originally unfamiliar with either the book or the series it is based on, but what I later found out fascinated me. Swordspoint rose to popularity soon after its original release in 1987, praised by fantasy readers for its LGBT-friendly themes and for offering a new approach to the genre for those interested in something different from the status quo. Now Tremontaine will continue that trend with a brand new venture into this world, brought to us by a team of six writers: Ellen Kushner, Alaya Dawn Johnson, Malinda Lo, Joel Derfner, Racheline Maltese, and Patty Bryant.

Arrivals, written by Kushner herself, is the first episode of the 13-part serial, scheduled to be released in weekly episodes. It is aptly titled because it is the introduction to our four main players, each character coming to life on the page in their own respective POV sections. Diane is the Duchess Tremontaine, lady of a House burdened by the weight of financial troubles and scandal. Ixkaab Balam is a foreigner, newly arrived by boat to a new land of fortune, glory and secrets. Micah is a poor farm girl and mathematical savant whose wanderings lead her to a university tavern where she meets Rafe, a passionate scholar with big dreams.

This pilot episode comes in a small package, but it is packed with big action. “Swordplay, scandal, sex…and chocolate!” touts the book’s blurb, and yes, we certainly get a lot of each. Especially the chocolate, all those creamy, rich cups of sweet, sweet chocolate…but where was I? Oh, right. Not much of the plot has been revealed so far, but it does a great job setting the stage for what’s surely to be an exciting and scintillating series. I loved getting to know the characters, especially the Duchess, who seems the most sketched out of all of them–not too surprising, perhaps, since I hear she is from the original series. Experienced in the art of intrigue, Diane is adept at showing one face to the rest of society while keeping her own secrets close. I have a feeling I’ll really enjoy her story as well as her milieu of glitzy ballrooms and fancy salons. The others—Ixkaab, Micah and Rafe—are still a little vague at this point, but their characters will no doubt get further developed as the series goes on and I’m looking forward to it.

If you’re into “fantasy of manners” or “vanity fair” type stories of intrigue, romance, and adventure, then you definitely must give Tremontaine a closer look. The season premieres today, with the first episode Arrivals available now at Serial Box’s site. Be sure to also check out the brilliant trailer, the one that first caught my eye, which I’ve included below!

In a city that never was, sex, scandal, and swordplay combine in a melodrama of manners that returns readers to the beloved world of Ellen Kushner’s Swordspoint!

A Duchess whose beauty is matched only by her cunning; a passionate young Scholar with dreams beyond his reach; a Foreign spy in a playground of swordplay and secrets; and a Genius on the brink of scientific revolution—when long-buried lies threaten to come to light, the stakes are high, and more than lives may be lost.

Mind your manners and enjoy the chocolate in a dance of sparkling wit and political intrigue.

← Waiting on Wednesday 10/28/15
Book Review and International Giveaway: The Geomancer by Clay Griffith and Susan Griffith →

11 Comments on “Tremontaine: Review of Episode 1: Arrivals by Ellen Kushner” 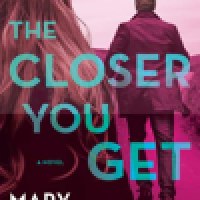 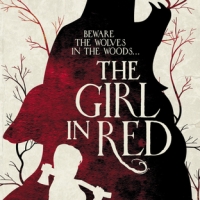 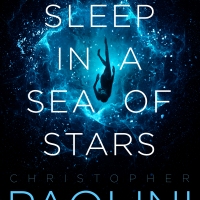