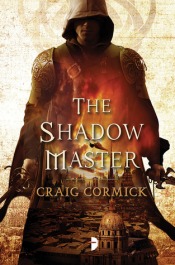 Series: Book #1 of The Shadow Master

Two warring families prepare for war when the brother of one of the powerful households, the Medicis, is killed in the cathedral during religious ceremonies. The Medicis believe the culprits are long time rivals the Lorraines. On top of this, both households employ historical geniuses. The Medicis have Galileo and the Lorraines have Leonardo Da Vinci (not di Caprio, but they might as well).  On top of that, the daughter of the Lorraines and the Galileo’s protégé, Lorenzo, are in love. So, we now have murder in the streets, assassinations, kidnappings, and an illicit love affair… Did I mention the Plague is happening, too? Yeah, that’s happening, but so far, they’ve been able to keep the Plague victims out of the city, but they’re piling up at the walled city’s gates. In other words, this had everything to be a good story. I love this kind of stuff. However, I don’t know how I really feel about this one.

I was approved to read the second book in this series, and I’m not one to just start a series anywhere. Some people can do it. I start hyperventilating when people start suggesting I skip first books or first games for that matter. I have a fairly lengthy story about how I became a PC gamer after years of being really only a console gamer. However, the first game in a series I wanted to play wasn’t available for Playstation (only Xbox and PC) at the time, and the rest is history. So, no, I rarely jump into books at any old book in the series. I like to have context, even if the books are more loosely related.

First of all, when I first started thinking about what I was going to rate this book, this was pretty much my reaction when I was trying to decide for this because, again, I don’t even know, man:

I mean, this wasn’t written badly, but there was just so much absurdity with flashes of brilliance that I wasn’t really sure what to even make of this book. And my God, the millions of euphemisms and passages that were literally like, “That was a metaphor,” (I totally understand metaphor and what the word means and implies, even bad ones). I wasn’t sure if he was being serious or if he was trying to be punny or what. I pretty much lost it at phrases like “mountains of the goddess,” “serpent of sin,” and “towers of ivory that include playing the bone flute.” And I was just mystified by passages like this:

“I will save Lucia because I love her.”

“You dare!” said the duke almost rising from the seat in indignation.

“Yes, he dares,” said Cosimo, smiling at the way the youth had now unsettled the Duke.

It almost reminded me of the “Do you bite your thumb at us, sir?” scene from Romeo and Juliet, which makes complete sense since he opens this book with a quote from Romeo and Juliet. You can see the influence everywhere. Less amusing than Shakespeare, though, considering the thumb scene makes absolute sense in that play. This had me raising my eyebrows and giving it the same look I give my children when I am not amused.

I think maybe he was trying to be like those type of writers who can masterfully inject wry humor into their mostly serious stories, but it doesn’t fit together well. Maybe he was being perfectly serious with all this, though, and in that case, I have to say:

Second of all, Ezio Auditore da Firenze is not amused Shadow Master, Virgil, Beatrice, hooded dude, whatever you call yourself. You just took his game combined it with Romeo and Juliet and added a dash of Iron Man if he lived during some alternate Italian Renaissance era. I don’t think Ezio would like you. Ezio kills things he does not like, and The Shadow Master ain’t about that Creed life.

That’s Ezio not being amused with you right now, guy.

Those blades aren’t for your health either, dude.

I don’t know if many books have ever made me feel so confused and made me question my purpose in life more than this one. I love strange books, but it still needs to make sense in its own bizarre way, though. It would be easy if I could say I really hated it, I really loved it, or I was just “meh” about it. I don’t know how I even feel about this book except I didn’t really like the romance. I’m not a big fan of Romeo and Juliet type romances and most people seem to miss the bigger picture of Romeo and Juliet and think it’s some great romance we all should aspire to have. Spoiler: It’s not.

I really wanted to like this book. I mean, there are parts I really like for about the first 50% of the book, and then it’s like this book just completely lost its mind at that point, pushing me to the verge of insanity with it. All these things going on, none of it barely connecting or coming together to make any sense, and what is that ending? WHAT. IN. THE. ENTIRE. HELL. IS. THAT. ENDING?

At least I got to use an abundance of disgusted Jay-Z and Beyonce faces while I was tweeting about this book. That was the best part of this whole book.

“He would be docking in her harbour, as they liked to call it, when together this evening.” #amreading #books pic.twitter.com/UnpObyONZ8

“…and the other took hold of his serpent of sin and held it up for the torturer.” #amreading #books pic.twitter.com/LtRTajG5MW

Just go play Assassin’s Creed II (or read the wiki for it or watch it on YouTube if you can’t do games) because basically… I don’t know about this one, guys.

Please, God, don’t let the second book confuse me so. Please be kind to me. I did nothing to deserve such ruin.

(Yes, this is my official final rating.)

Other reviews of this series at the BiblioSanctum:
The Shadow Master (Reviewed by Mogsy)

13 Comments on “Book Review: The Shadow Master by Craig Cormick” 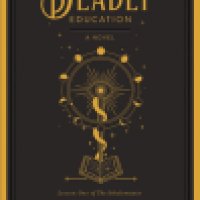