Starting things off with a non-bookish announcement, but it’s certainly the most exciting and significant new arrival I’d like to talk about this week:

Yes, the biggest news is that we welcomed baby #2 to our family last week. Say hello to Adalyn, my little future girl gamer and bookworm! Needless to say, things have been a bit hectic around here as I adjust to life with an infant again, while also now juggling a toddler at the same time. For the last month and a half I’ve been scheduling posts ahead of time like a mad woman though, so you’ll probably still see plenty of my reviews here at the BiblioSanctum.

Still, my social presence around the interwebz is likely going to take a dip, but I’m definitely going to be around! In fact, I’m counting on having all your awesome blogs and reviews to read during those late night 3am feedings.

When the Heavens Fall by Marc Turner – Physical ARC, with thanks to Tor. This was a surprise arrival, though when I looked it up on Goodreads I had actually marked it last year as a book to watch. Described as “the first of an epic swords & sorcery fantasy series”, I’m definitely on board.

Defiant by Karina Sumner-Smith – Physical ARC, with thanks to Talos Press. The sequel to Radiant, which I really enjoyed, I didn’t even know ARCs were out already for this so I was psyched when it showed up early last week!

Cherry Bomb by Kathleen Tierney/Caitlín R. Kiernan – Review copy, with thanks to Roc. One of the few books I actually requested this month, because there’s just no way I could pass up reading the next installment of the Siobhan Quinn series.

The Thorn of Dentonhill by Marshall Ryan Maresca – Review copy, with thanks to DAW. Requested as well because the book has been on my radar for a while now, and I’m really looking forward to it because seems like it’s been getting some great reviews.

Rook Song by Naomi Foyle – Review copy, with thanks to Jo Fletcher Books. The sequel to Astra, I’m really curious about what this book will have in store for the characters.

Evensong by John Love – Review copy, with thanks to Night Shade Books. This and the next book were surprise arrivals, but even though I hadn’t heard of either book before now, the description of Evensong makes it sound pretty amazing. I’ll definitely be making an effort to fit this one into my reading schedule.

King of the Cracksmen by Dennis O’Flaherty – Review copy, with thanks to Night Shade Books. Again, hadn’t heard of this one before it arrived, but it looks like it could be a lot of fun. Anyone know more information about it?

I told myself I wasn’t going to buy any more books until I’ve read the huge pile I already have — or you know, at least after I’ve made a good dent in my backlist. Looks like I’m already failing spectacularly. To be fair to myself, most of these are ebooks picked up at superb prices as Kindle Daily Deals, and they’re all sequels I need to read.  Digital books are dangerous though; when you don’t actually get to see a physical pile, it feels like you didn’t buy much at all.

The Void by J.D. Horn – Ebook. It’s the third installment of the Witching Savannah series, but I’ve read the first book (which was quite enjoyable) already and own book two which I’m hoping to get to soon.

Authority by Jeff Vandermeer – Ebook. Loved the first book Annihilation and I just had to grab book two when I saw the sale on the series last week.

The Merchant of Dreams by Anne Lyle – Ebook. I’m hoping to read the first book The Alchemist of Souls this year towards Worlds Without End’s Women of Genre Fiction challenge, so I definitely wanted to have the second book on hand!

Burned by Karen Marie Moning – Audiobook. Grabbed Burned with an Audible credit. Feels like I’ve been waiting forever for this. Paranormal Romance isn’t my usual genre, but I really enjoyed the Fever series and from there I just continued reading.

Back to the Backlist:

Maplecroft by Cherie Priest – Library Audiobook. This one actually hasn’t been on my to-read list for that long (since November 24, 2014, according to Goodreads) but since it was a release last year that I was interested in picking up but never got around to it, it certainly counts as backlist.

War Crimes by Christie Golden – Library Audiobook. On my to-read list since May 1, 2014. My MMORPG of choice at the moment is World of Warcraft, but of course with the new baby I haven’t had a chance to log in for more than a week. If I’m not playing the game, I might as well be reading about it!

What I’ve Read Since the Last Update:

Keep an eye out for my reviews of these books in the coming weeks! 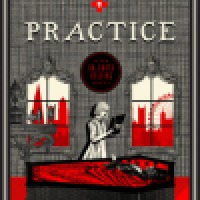