Originally published in the UK in 2018, Catriona Ward’s award-winning Little Eve has been republished by Nightfire Books, and compared to my first experience with her work The Last House on Needless Street, I have to say this one was definitely more my speed.

On the Isle of Altnaharra, just off the coast of Scotland, lives Little Eve and her family of six headed by her “Uncle”. On a cold winter day in 1921, the local butcher making his usual delivery of meat to their crumbling castle makes a horrific discovery when he notices the front gate open. On the altar of the nearby church, he finds five bodies laid out in the shape of a star, each with their right eye gouged out. More shocking yet, one of victims still lives—a girl named Dinah. All other family members are accounted for—all except Eve. It’s believed that she is the one who committed this atrocity.

The story then flashes back in time to 1917 where readers get to the world through Eve’s eyes—a dreary and secluded existence created by Uncle for her and her “sisters” whom he controls with draconian force and cruel punishment. Anyone to step out of line would be subjected to days locked in the dark cellar without food or water, for example. Uncle also fills his family members’ heads with a number of strange “truths” and forces them all to participate in his rituals to prepare for the end of the world, all the while maintaining a semblance of normalcy to the outside world so that one will come around asking difficult questions—though of course everyone in town already has their suspicions.

One of these outsiders is Chief Inspector Christopher Black, who has long known things are not as they seem at the castle on Altnaharra. After the massacre of 1921, he has also taken upon himself to get to the bottom of the case.

What Catriona Ward has deftly created here is a chilling tale of horror with the classic trappings of a cult story and old-school gothic vibes, but she has also added some of her own flair and resonating twists. Alternating between the earlier and later points in the story, the author plays with the flow of time leaving her readers feeling disoriented and adrift—but this is all by design. Rest assured everything will come together in the end.

And speaking of disorienting, Eve’s narrative itself is the very definition of unreliable, leaving you constantly guessing and wondering, but in the best way. The very confusion is what creates the sensation of uneasiness and dread, the specter of the other shoe waiting to drop. We explore her childhood through her relationship with her family members, especially Dinah, the lone survivor of the 1921 massacre. As young girls, they were almost inseparable, and brainwashed together by Uncle’s manipulative ways. Eve came to be in all on the dubious religion he preached, believing in snake gods rising from the sea to bring ruin to the earth, and that she would be the chosen one to succeed Uncle and inherit his powers. Some of the things Eve describes makes it difficult to discern whether what she witnessed was real or simply the product of her delusions. Or perhaps, could there be an actual supernatural element at play here?

Ward’s writing also shines with a story like this. All the ingredients are there for her to turn Little Eve into a delectable gothic horror mystery, from the setting of the dilapidated castle by the stormy sea to the shocking opening scene with the gruesome discovery. A dark pall hangs over the entire story—again, by design. This complements the cult elements well, casting a oppressive, gloomy and almost hopeless shadow over all the novel’s characters and events, which was most keenly felt in the sections that take place at Altnaharra.

All told, Little Eve is a haunting gothic tale drenched with terror and atmosphere. Twisted and cleverly plotted, this story is crafted to mess with your mind and keep you guessing. Recommended for horror fans who enjoy exceptional characterization and complex motifs. 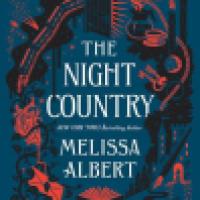 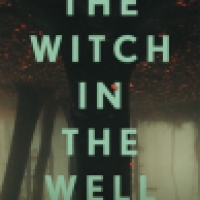