Thursday Thriller: Outside by Ragnar Jónasson 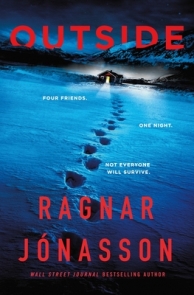 Outside by Ragnar Jónasson

Four friends go on an holiday to a remote hunting lodge in the Icelandic highlands, and get stuck in a snowstorm. Certainly sounds like a promising start to a Nordic Noir thriller, and I’ve been intrigued by Outside due to my fascination with horror and mystery stories set in cold, isolated places. Unfortunately though, this turned out to be quite the dud.

But first, a bit about the plot. Daniel, Helena, Armann, and Gunnalaugur have known each other since their college days, but while they may call themselves friends, sometimes it doesn’t seem like it. All of them are hiding secrets from each other, from old grudges to petty jealousies, and none of them seem to Gunnalaugur, a strange one whom they seemed to have invited along out of pity. Armann is an entrepreneur who has turned a little tour company he started to a successful enterprise, and wanting to do something nice for his friends, invited them along to a ptarmigan hunt in the Eastern Highlands of Iceland.

Everything is going relatively well until a bad snowstorm rolls in unexpectedly, forcing the hunters to retreat to shelter early, but the problems begin as soon as they arrive at the cabin. First, it’s locked, with the keys stored behind a secured lockbox to which no one knows the code, not even Armann, who is supposed to be their guide. And then, there’s what they find inside the cabin after they break their way inside. What awaited them gave each of the four friends a shock, with a couple of them second guessing their decision to stay in the shelter, but with the frigid temperatures and the storm raging outside, there’s no place else for anyone to go.

A non-story, that’s the best way I can describe Outside. The prose certainly does its best hype up the tensions and excitement on every page, but at the end of the day, there’s no disguising the fact that hardly anything happened. Without spoiling anything, what the four friends encountered would have been considered a rather alarming albeit minor inconvenience to anyone else, providing everyone keeps their cool and aren’t a bunch of incompetent idiots.

To be fair, that’s not to say our characters were all idiots, but they each had their individual hang ups and manufactured dramas which were used in contrived ways to move the story along. The narrative cycles through their four different viewpoints, mainly focusing on their backstories. Normally, this sort of device would work well for me, but in the case of Outside, it fell flat. Namely, it was hard to care about the past when the present was so immediate, and so-called reveals into the characters’ situations failed to provide much insight into their current motivations.

At best, I think this book would work better as a short story or novella, since the content was so sparse. Ragnar Jonasson isn’t an author I’ve heard of before, but apparently he’s quite prolific and his books are quite popular, so maybe there’s just something lost in translation.

18 Comments on “Thursday Thriller: Outside by Ragnar Jónasson” 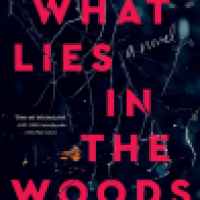