YA Weekend Audio: All These Bodies by Kendare Blake 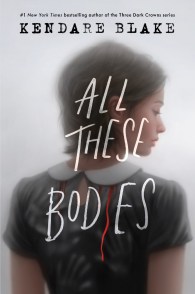 All These Bodies by Kendare Blake

It’s been years since I last picked up a book by Kendare Blake. Still, I remember the time I had with her Anna Dressed in Blood duology quite fondly, so when I first found out about All These Bodies, there were several key elements in the synopsis that really appealed to me, namely: the small-town setting, a true crime inspiration, and the possibility of a supernatural killer.

The majority of this story takes place in the late summer and autumn of 1958. A new panic is spreading across the Midwest, fueled by a series of bizarre murders where the victims are found with their bodies strangely drained of all their blood. Then one day in September, a teenage girl is found covered in blood standing outside her family’s farmhouse in rural Minnesota, while everyone else lay slaughtered inside. At first, authorities believed 15-year-old Marie Hale to be the sole survivor of a deadly home invasion, but after it was discovered that none of the blood found on her was actually hers, they began to view her as the main suspect.

Pretty soon, the police are connecting her case with the string of other murders in the area. Viewed with renewed scrutiny, Marie is held in prison and monitored while the investigation is ongoing. The entire country wants to know about this strange girl and how it’s possible she could have perpetrated such heinous crimes alone, and it is thought that she must have had an accomplice. Unfortunately though, Marie is choosing to remain tightlipped, and when she does finally agree to tell her story, she will only do so to Michael Jensen—the son of the sheriff who arrested her. As someone who is passionate about journalism and who wants to work for the papers one day, Michael is stunned when he is singled out this way, but also knows he cannot let this opportunity pass by, recognizing it as the only way to get to the bottom of the truth.

If you’re looking for a supernatural thriller, then move along because this is not the book you’re looking for. It’s not even all that scary, despite its horror tag. At the end of the day, the plot reads more like a mystery suspense, with lots of ambiguity and an open-ended conclusion. The fantastical aspects are also on the lighter side and treated with vagueness, which will leave readers with lots of questions. Bottom line, this is not a novel for those who prefer stories that flaunt their paranormal elements. Likewise, if you like clear-cut answers and closure, you will probably find yourself frustrated by what would be considered the end reveal.

However, if you can deal with a bit of ambiguity in return for a unique take on the vampire mythos, All These Bodies is certainly worth the read. Using the murders as a backdrop, the story explores the role of the media and the way it feeds off the public on their panic and their fascination and their need for answers. Michael is an interesting character, with one foot in both worlds, having been placed in an unusual position of being an outsider but also privy to the inner workings of the investigation. A journalist-in-training, he knows his goal is to seek the truth, but also sees the challenge of trying to cut through the desperation and hysteria.

Marie herself is shrouded in mystery, and mostly kept at arm’s length by design. As such, we really only have Michael’s point-of-view to go on, but eventually we do gain some understanding of Marie through his eyes as the two of them grow close. Still, one thing to know is that at no point does their relationship become overtly romantic; rather, they start to see in each other a worthy counterpart or a valuable ally of sorts, and this was a welcoming dynamic that I did not expect to see.

I also enjoyed the atmosphere, which is mostly generated by the story and questions surrounding Marie. The author manages to pull off a fine balancing act, holding back on the supernatural elements just enough to confound the situation. It was actually the setting that I was somewhat disappointed in, because I was unable to feel a connection to the place or the time. The overall sense of the world was simply not there, which may have played into my slight disillusionment over the ending. Without getting into any details in case of spoilers, I understood what Blake was trying to get at, but just wasn’t entirely convinced. Still, it’s not a reason to write off the entire book, especially since the rest leading up to that point was rather well executed.

Overall, All These Bodies is probably worth checking out if anything about the story piques your interest, though keep in mind it might not be the horror or paranormal novel the description leads you to believe. I also would recommend the audiobook narrated by Matt Godfrey, whose performance heightened the suspense and made this strange and mysterious plot feel even more tense and immersive.

24 Comments on “YA Weekend Audio: All These Bodies by Kendare Blake” 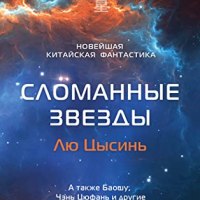