I always love getting Orbit book mail! Earlier this month, a finished copy of Warriors of God by Andrzej Sapkowski arrived from the publisher. This is the follow up to The Tower of Fools, which was okay. I’m too much of a fan of the author’s Witcher books to just give up on this new series though, so if I have time this fall, I wanted to give this sequel a try before I make up my mind about this trilogy.

With thanks also to Minotaur Books for the surprise arrival of Echoes of the Dead by Spencer Kope. This is the fourth installment of a series called Special Tracking Unit, but the good thing about these types of series is that their individual volumes are usually written as stand alone cases/stories. I’m kind of digging the premise of the series, which follows a world famous “tracker” known for his ability to follow a person’s trail anywhere, and in this one he is tasked to find a group of four high-profile friends who went missing in the Sierra Nevada range.

Thanks to the kind folks at Subterranean Press, I also received this gorgeous, humongous ARC of Holy Terror: Stories by Cherie Priest. This is the author’s first collection of short fiction, and weirdly, even though I’m not big on anthologies, I’m actually pretty excited about this one. I’m currently reading her book Grave Reservations and it’s reminding me of all the reasons I love her style. I’m especially interested in a couple of the standalone novellas collected in here, but there are also some stories that take place in her series like Clockwork Century. 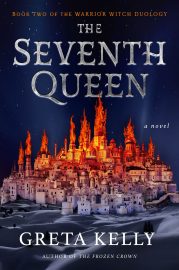 In the digital haul, I’d like to thank HarperAudio for a tri of exciting new ALCs: Trashlands by Alison Stine, Any Sign of Life by Rae Carson, and The Seven Queen by Greta Kelly which I’m so excited about because I loved the first book The Frozen Crown. And I gotta know how that cliffhanger resolves!

And with thanks to Listening Library, I also received ALCs of Aurora’s End by Amie Kaufman and Jay Kristoff (hard to believe the third book is upon us already) as well as ReDawn by Brandon Sanderson and Janci Patterson, which is the second volume in the Skyward novella series. I’ve just recently reviewed the first one, so I’m ready to dive right in.

The Lighthouse Witches by C.J. Cooke (4 of 5 stars)
Sunreach by Brandon Sanderson and Janci Patterson (3.5 of 5 stars)
Nothing But Blackened Teeth by Cassandra Khaw (3 of 5 stars) 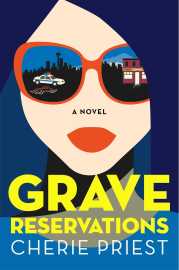 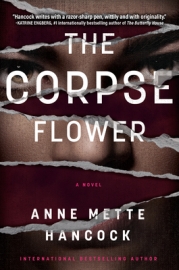 ← Friday Face-Off: Favorite Book of Magic
YA Weekend Audio: All These Bodies by Kendare Blake →