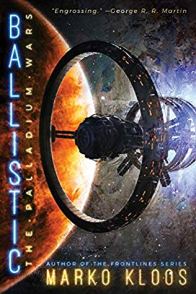 Series: Book 3 of The Palladium Wars

Citadel is one of those books that sneak up on you—surprising and exhilarating. I’ve been really enjoying The Palladium Wars series, and like its predecessors, the third volume is another fun and action-filled addition to this space operatic mil-SF saga.

Once more, we return to our four main perspective characters to follow up on what they’ve been up to since we last saw them. Because Citadel is a direct continuation of the series and cannot be read as a standalone, this review may also contain possible spoilers for the first two books if you are not caught up yet. First, we have Aden, a former prisoner-of-war from the losing side of the battle. Following his release, he joined up with the crew of a courier ship hoping to start a new life under a false identity. Thus far, his secret has remained safe, but with the recent nuclear attack on Rhodian territory, security has been stepped up everywhere, and he’s not sure how long his new identification will hold up to close scrutiny—especially since his crew may have something to do with the attack, however unwittingly.

Meanwhile, Idina is a Palladian soldier stationed on the defeated planet of Gretia, partnering with the local forces to keep the peace. Unhappy with the foreign occupation though, the population has become increasingly violent, with deadly protests breaking out each day. Solvieg, who was only a child during the war, has managed to regain control of her father’s company after it was taken away from him, but now finds herself with the heavy responsibility of dealing with the family business in this unstable political climate. And finally, we have Dunstan, a commander in the Rhodian Navy who has just ben handpicked to captain an experimental prototype ship with technology that has the potential to change the way war is waged forever.

Things are moving fast in this series. The story picks right up from the cliffhanger at the end of the last book and takes off running without missing a beat. I do love how Marko Kloos can keep readers on the edge and wanting more, by keeping the momentum up, throwing in twists and turns, unexpected developments. I began this series not knowing which storyline is my favorite, and I still don’t, because they are all seriously so damn good!

And of course, this is because of the characters. I like how we are still focusing on the same four POVs, and though their ARCs are still relatively separate, each of them has made their own way and formed their own relationships. Aden has the Zephyr, and his guilt at not coming clean with his crewmates continues to be a source of intrigue, especially when their decision to go to the Rhodian Navy in the last book resulted in dire consequences for them this time around. Dunstan’s storyline remains the most heavily “military sci-fi”, and I’m currently enjoying his new dynamic with his first officer and their shared delight at the technological wonder that is the Hecate. I wasn’t sure I liked Solvieg’s POV as much, but ultimately she impressed me by standing up to her father for more autonomy, and I’m also awwwwing at her budding romance with the detective she’s sweet on. Idina’s chapters brought the pure action, and I truly enjoyed how well-paced and balanced all the POVS were.

Gradually, we’re seeing the storylines integrate, as events on Grecia as well as out in space are starting to create these focal points drawing the characters together. Again, we are left with a semi-cliffhanger at the end of Citadel, fortunately not as scream-inducing as the other ones, but there are still plenty of burning questions by the last page. If you aren’t a fan of being left in suspense, clearly this would not be a series for you, though if you’ve made it this far to the third book, surely you’ve got to be used to it by now!

All in all, there’s not much more to say about Citadel, other than that it was pretty darn awesome. I don’t know how many more books we’ll get, but I’m glad there will be more, and I look forward to finding out what happens to these characters.

Audiobook Comments: I’m also happy to be continuing this series in audio because the narration is top-notch, though I still think multiple narrators would have been ideal. Furthermore, I can’t say I’m a fan of changing narrators from book to book, but admittedly I was thrilled to see Korey Jackson’s name on the audiobook of Citadel, as I’ve been fan of his for a long time. As a voice actor he always delivers a flawless performance, and this was definitely no exception.

More on The BiblioSanctum:
Review of Aftershocks (Book 1)
Review of Ballistic (Book 2) 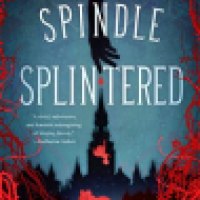 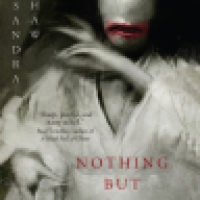 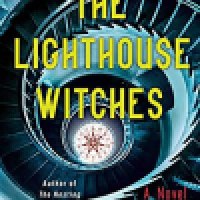 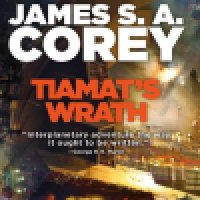