Considering how new it is, the Tor horror imprint Nightfire already has a lot of titles to catch my eye. Echo was originally published 2019 in the author’s native Dutch but I’m really excited to hear it will soon be released translated in English, as I was a huge fan of his book Hex which was awesome and terrifying! 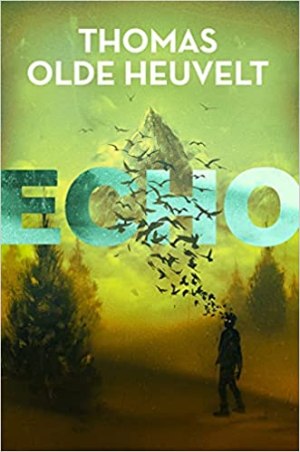 “From international bestseller Thomas Olde Heuvelt comes Echo, a harrowing novel of obsession and the destructive force of nature.

Nick Grevers and his climbing buddy Augustin are drawn to the Maudit, a remote mountain peak in the Swiss Alps. Documentation on the mountain is scarce, its slopes are eerily quiet, and when they enter its valley, they get the ominous sense that they are not alone.

Something is waiting for them…

Not long after, Nick wakes from a coma to find Augustin dead. Nick’s own face is maimed and wrapped in bandages. A long rehabilitation awaits, but Nick soon realizes that it isn’t just the trauma of the accident that haunts him.

Something has awakened inside of him…”