Novella Review: The Dispatcher: Murder by Other Means by John Scalzi 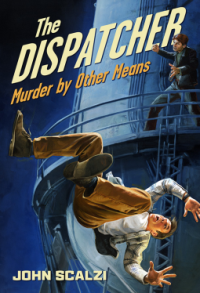 The Dispatcher: Murder by Other Means by John Scalzi

Series: Book 2 of The Dispatcher

Murder by Other Means is the second novella in John Scalzi’s The Dispatcher series and I wanted to like it more, but this is one of those cases where comparisons to the first book will be inevitable. Long story short, those are some mega huge shoes to fill, and while this sequel certainly wasn’t bad, it also didn’t quite meet those high expectations either.

Before I get into the meat of the review, I think a crash course on the world of The Dispatcher is in order. Basically, the entire premise of the series revolves around a strange phenomenon that suddenly became reality for everyone on the planet, forever changing the way they think about death. For you see, it has now become nearly impossible to kill anyone. Oh, death still occurs, if it happened to be natural or by accident or suicide. But for some reason, if you were murdered, i.e., your life was deliberately taken by someone else, there was actually a really good chance you’d come back to life—999 out of 1000 times, to be precise. In those cases, the victim’s body would disappear and they would be “reborn” naked, as safe and as whole as the day they were “killed”, right back in their homes. No one knows why it works this way, or how it happens. Everyone has sort of just accepted it, just like how you, as the reader, are expected to accept it and don’t ask too many questions.

But then, you might ask, what happens to the 1 in 1000 that are murdered? Don’t they come back? Nope, those are the unlucky chumps that drew the short straw, and they stay killed—dead. But for a lot of people, that’s a chance they’re willing to take—like those who are ill and are undergoing a risky medical procedure, for instance. Something goes wrong? No problem, get someone to murder them, and BAM, get a do-over.

Needless to say, a system like this is rife for abuse, leading to the government to create a whole new role, and that’s where our protagonist Tony Valdez comes in. He is a Dispatcher, an officially licensed killer. The rules surrounding his profession ensures that those utilizing his services do so safely, lawfully, and humanely. But of course, not all Dispatchers stick to “authorized” jobs, many of them taking contracts from private clients ranging from unscrupulous businessmen to wealthy thrill-seekers since that’s where all the big money is. Tony has always tried to stay above board, but now that times are tough, he’s willing to bend the rules a little, depending on the circumstances. And anyway, this latest job he’s been hired for by a private law firm isn’t the worst he’s had to do, as far as shady deals go. But then, when people connected to the firm and those who have been in contact with him start dying under mysterious circumstances, Tony can’t help to wonder if he’s made a big mistake.

The driving force behind this series is an interesting and wildly imaginative concept, of a caliber I would have attributed to an author like Brandon Sanderson if the details surrounding it hadn’t been so macabre. The reality is, though, you do lose a lot of the novelty after the first book, so for this sequel I’d hoped for Scalzi to build upon what’s already there to keep things fresh. Let’s face it, there’s plenty he could have done, limitless possibilities he could explore, given how I’m sure we all have questions. I’ve already suspended my disbelief far enough to go along with anything he might throw my way, but instead, he decided to play it circumspect and go with a rather unremarkable mystery plot.

Don’t get me wrong, I love a good mystery. This also being a novella though, there just wasn’t much in the way of development, surprises, or any interesting twists and turns. That said, as long as you don’t mind a more simplistic noir story, Murder by Other Means will still provide a satisfying amount light, easy entertainment. The plot might be undemanding, not requiring the reader to be on alert for any false leads or clues, but that isn’t to say the book was dull. You’ll still get plenty of Scalzi’s brand of humor, as well as the occasional glimpse into the wild and crazy things that people in this world will get up to now that murder is almost impossible. So, even though you’re pretty much led by the nose, at least you’ll have fun.

Ultimately, I’m glad there was a sequel to The Dispatcher. If future books are in the cards though, my hope is that we would get a fresher angle to explore the series concept, or a more original story at the very least. Still, Murder by Other Means made for a fine diversion, and I appreciate the ideas in it for being far more introspective and unique than some of the contrived stuff John Scalzi has been putting out in recent years. There’s a lot of potential here, and I would love to see that developed to its fullest.

Review of The Dispatcher (Book 1)

← Novella Review: Fugitive Telemetry by Martha Wells
Audiobook Review: The Galaxy, and the Ground Within by Becky Chambers →

18 Comments on “Novella Review: The Dispatcher: Murder by Other Means by John Scalzi” 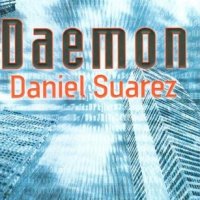 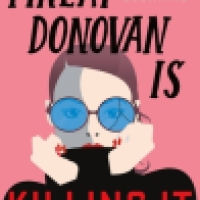 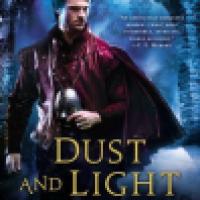