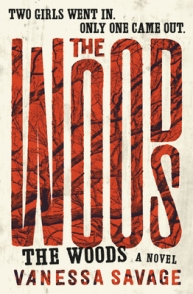 The Woods by Vanessa Savage

To be honest, I think I expected a little more excitement from this mystery thriller, but it was still good where it counted. Darkly twisted and eerily disconcerting, this story had its fair share of intense, dramatic moments. Set in a small and closely-knit English village, The Woods by Vanessa Savage tells the tragic tale of two families, brought together and then torn apart by grief, lies, and scandal.

Although nearly a decade has passed since the mysterious death of 18-year-old Bella Cooper, the years have not made things any easier for her younger sister Tess, who had been found lying unconscious next to the body in the woods. In fact, the trauma had been so severe that she cannot remember much of anything from that night, and certainly nothing about the purported accident that extinguished the bright and shining life of her beautiful, beloved sister.

Now in her mid-twenties and working as a schoolteacher in the city, Tess would rather not dig up the past, but then one day, an unexpected phone call from her father turns her whole world upside down. Distraught, he informs her that Julia, her stepmother, is dying, and that he is hoping to get the whole family together for her one last time. Even though going home is the last thing she wants, Tess could hardly refuse her father’s request, knowing how much it would mean to him. Besides, she loves Julia, who has always been a kind and loving stepmom. It is her kids that Tess can’t stand.

Back in her hometown though, Tess soon discovers a lot more to contend with than Julia’s sons, Jack and Sean, as well as the insufferable friends they used to hang out with. Being so close again to the place where Bella died seems to have shaken loose some long-buried memories, and before long, she starts hearing her sister’s voice and hallucinating her presence as well. Convinced she is losing her mind, Tess is further shaken when the police are called to a grisly discovery in the neighboring property that used to belong to Julia’s family. What they find there prompts a fresh wave of questions over the circumstances surrounding Bella’s death, as well as the disappearances and murders of other teenage girls in the area that occurred around the same time.

Initially, there were several factors that made reading The Woods feel disorienting, the prime one being Tess’ memory loss paired with her reluctance to speak frankly about what happened the night her sister died. Our protagonist is an unreliable narrator, deliberately avoiding or obfuscating certain subjects that presumably would cause her great shame or guilt. A big chunk of the story was also told through flashback, and at times this back-and-forth switching of past and present narratives also brought on confusion. Readers must constantly stay on their toes to have any hope of following along.

At first, I also found our protagonist a bit off-putting. Tess was difficult to connect with, which was not entirely unexpected, I suppose, given her guardedness. However, on top of that, her character was often unpredictable, and there were many cases in the book of her reacting on impulse to situations in such a way that made it nearly impossible to feel bad for her, when so many of her problems were of her own making.

That said, despite my early struggles with this book, there’s no doubt in my mind that these “flaws” were deliberate. As we move into the second half of the novel, the story’s complex structure as well as the reasons for the Tess’ behavior become more apparent. The author gradually begins adding layers to the mystery, filling in the gaps in our knowledge. Relationships between various characters start to take on new significance as more dots are connected, and to be sure, if you are a fan of dark family dramas filled with secrets and suspense, you are going to love this book.

Like I said, overall The Woods felt more like a slow-burn mystery than an all-out thriller, but I didn’t mind too much—the building crescendo to the climax was well worth it. My only regret was that much of the conclusion was on the predictable side, and despite the plot’s many attempts at red herrings and strategic breadcrumbs to throw us off course, I wasn’t all that surprised by any of the ending revelations.

Still, none of this prevented me from enjoying The Woods. Vanessa Savage clearly knows a thing or two about writing mystery and suspense, and I would be happy to read more from her in the future.

22 Comments on “Book Review: The Woods by Vanessa Savage” 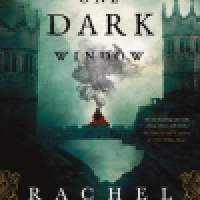