YA Weekend: Incendiary by Zoraida Córdova 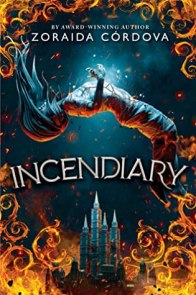 There is a dark vibe to this that is hard to describe, but I found it pleasantly surprising and it also made the story that much more poignant and gripping. Incendiary by YA author Zoraida Córdova is the first installment of a planned duology which takes place in Puerto Leones, a fantasy world loosely based on Inquisition-era Spain. King Fernando has declared all Moria, or individuals gifted with magical abilities, as a blight on the land and must be hunted down and killed. Our protagonist Renata “Ren” Convida was just a child when her nation was conquered and she was kidnapped by the King’s Justice, who brought her to be raised at the palace of Andalucia as a political prisoner. As a Robari possessing one of the rarest and most powerful gifts of the Moria, Ren was immediately pressed into the king’s service to use her abilities to steal the memories and secrets of Fernando’s enemies. As a result, she was forced to witness the suffering and deaths of thousands of her own people, helpless to stop any of it.

Eventually though, Ren was taken in by a rebel Moria group called the Whispers after they stormed the palace and rescued her. Still, with few willing to trust someone with so much blood on her hands, Ren remained an outsider, despite aiding the resistance with her powers. Only Dez, her unit commander and the son of the Whispers’ leader was fully accepting of her, and the two became romantically involved. But now, a new threat looms on the horizon in the form of a weapon developed by the king to rid the world of Moria, forcing the rebels to turn to more drastic measures. Unfortunately, when Dez winds up being captured by the notorious Prince Castian, Ren realizes with horror that she may have just put her love’s life in danger by unwittingly disrupting a secret mission being planned by the Whispers. To destroy the king’s weapon and save Dez’s life, she must return to the palace of her nightmarish childhood under the guise of a loyal subject and convince her former captors that she is still on their side.

Incendiary is a book that hits the ground running, and if you’re not paying attention, you might get left behind! From the start, readers are thrown into the action, and there’s a feeling of stepping into a story that is already underway. I appreciate how the author didn’t waste time getting into the meat of the conflict, and any background information can be gleaned from snippets of details dropped along the way. This kept the pace moving smoothly and quickly, though you might run into a bit of confusion at the beginning, at least until all is made clear. Another downside to the way this novel is structured is that Ren and Dez are already a couple when the story opens, and before long he is captured so not much time is given to developing their relationship before they are separated. Considering how Ren’s motivations were predicated on her love for Dez, which was also the driving force behind the whole plot, this aspect probably could have been handled better.

But when the story gets going, it also gets a bit grim, which I enjoyed because you could never be certain where Córdova will take our characters. Speaking of which, Ren is an enigma, with a past that is gradually revealed. Even then, it is a long time before we get a complete picture, since she doesn’t remember all the details herself. Before her rescue by the Whispers, she was a child manipulated into doing terrible things with her powers. As a Robari, she has a special type of magic that allows her to steal memories from anyone with just a touch, and if she takes them all, her victim becomes a Hollow—an empty shell that has lost everything that makes them who they are. That said though, when used carefully, her abilities can also take away bad memories, freeing the person of any pain or trauma. While memory thieves are not exactly a new idea in fantasy, I did enjoy how this duality of Ren’s magic was explored and the way these dynamics gave her character more depth.

As for the plot, the pacing was a bit uneven, especially after Ren makes her return to the palace, which is where the story’s focus shifts to subterfuge and intrigue. World-building was strong, thankfully, which helped move things along. The final quarter of the book also blew up, with all sorts of game-changing revelations and deceptions uncovered that will make you rethink everything you’ve read. This final section was nothing short of brilliant, and more than made up for any fumbles along the way. The stage is now set for the next volume of the duology, and I can’t wait to find out what happens next.

28 Comments on “YA Weekend: Incendiary by Zoraida Córdova” 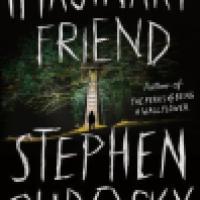