YA Weekend: The Will and the Wilds by Charlie N. Holmberg 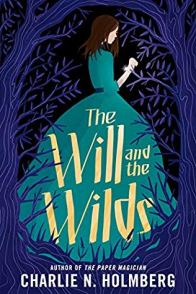 The Will and the Wilds by Charlie N. Holmberg

After some thought, I finally decided to get off the fence and try The Will and the Wilds by Charlie N. Holmberg, even though I wasn’t too crazy about her last book. Now that I’ve finished reading, the good news is, I definitely prefer this one—the setting is more my alley, with its lush enchanted woods and fairy tale vibes. The characters are also more likeable, a big plus! And though I still felt there were some pacing issues, overall I enjoyed myself.

The Will and the Wilds takes place in a village by the wildwoods where the veil between the mortal and supernatural realms is said to be thinner, allowing fae-like creatures called mystings to pass through. Enna and her father live just at the edge of these forests, though she is not as bothered by this than the other townsfolk. After all, her father was one of the greatest swordsmen who has ever lived, a legendary hero who passed into the other realm, fought off monsters and stole a magical gem called the Telling Stone as his prize.

But after the death of Enna’s mother, who was murdered by mystings, her father was never the same again. His mind broken from everything he’s done and seen, he had given the Telling Stone to his only daughter as a protective charm, and Enna grew up researching and learning everything she can about mystings. The Telling Stone warns her when there are any about, and she has also surrounded their house with specially grown herbs to ward them off.

Then one night, Enna is alarmed to find a particularly nasty breed of mysting called a gobler in her home, the creatures having broken through her barriers. After barely escaping with their lives, Enna knows she and her father will need some extra protection. She ends up summoning another type of mysting called a narval, with whom she hopes to strike a bargain for some help. The narval, Maekallus, agrees to kill the gobler for Enna, but his kind also demands a special kind of payment—a kiss that can have the power to steal her soul.

So first off, I loved the world-building. Nothing too fancy, but in this case, its simplicity is also its strength. The story of The Will and the Wilds has the feel of a fairy tale, so some of its more tropey elements—an enchanted forest, a magical gemstone, a tragic and violent backstory, evil and vicious monsters, etc.—all actually work in its favor. Furthermore, Holmberg can get away with some of what I thought were the more unrealistic, questionable decisions of the main character. Everything Enna does seems very impulsive and at times almost irrational. Summon a mysting even though someone with her experience and level of knowledge should really know better? Sure, why the hell not! None of Enna’s actions really feel organic—nor do her eventual feelings for Maekallus—since the author’s heavy hand in always felt, tipping the scales and making it all happen. But because patterns or motifs of a fairy tale are predictable by nature, the fact that the characters and the plot play out exactly the way you expect is surprisingly comforting.

That said, being so uncomplicated and straightforward, the story has to find other ways to hold the reader’s attention, and there are times it really struggles. Looking back, I realized there was a lot in this book that ended up being completely unnecessary, such as Tennith, the most handsomest and swooniest boy in town that Enna sort of has a crush on. Like too many other dangling threads in this book, that one went absolutely nowhere—but then, of course, you already knew it would go nowhere, as soon as Maekallus came into the picture. In retrospect, it was a whole lot of filler, inconsequential detail which instead of making the novel stronger, actually made it feel more forgettable. The entire story could have been pared down into the size of a novella without losing anything too important, and it probably would have been more impactful.

As such, I would only recommend The Will and the Wilds if you’re looking for a light read, something airy and sweet to enjoy on a rainy afternoon, perhaps. It’s the epitome of your middle-of-the-road YA fairy tale-inspired fantasy and likely won’t end up on any of my year-end lists, but books like this definitely have a place in my reading life.

16 Comments on “YA Weekend: The Will and the Wilds by Charlie N. Holmberg” 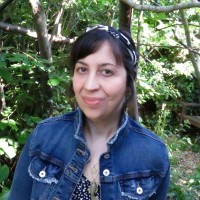 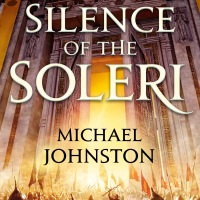 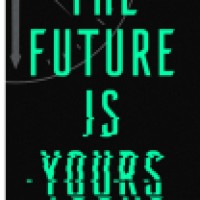 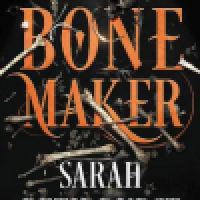