To start, thank you to DAW Books for these two lovelies: Titan’s Day by Dan Stout is the sequel to Titanshade which I — FINALLY — got to finish reading earlier this month, and a good thing too, because I loved it! Can’t wait to continue the series. Up next is an ARC of The Fenmere Job by Marshall Ryan Maresca, the third book of the Streets of Maradaine series. I’m pretty sure I still need to read the second one to get caught up, but I need to double check because there are so many of these Maradaine novels and series out right now, sometimes I get confused! My thanks also to Tor.com for sending me an ARC of Repo Virtual by Corey J. White; I’ve definitely talked before about how much I’m looking forward to reading this in early 2020. And I’m also really excited about this surprise ARC of Legacy of Ash by Matthew Ward that showed up last week, courtesy of Orbit. This one’s pretty high on the anticipated list from the publisher.

I’m also really excited to share this awesome package I received from the awesome folks at Minotaur Books. They sent a couple thrillers I had my eye on, including The Woman in the Mirror by Rebecca James, a historical mystery, as well as Little Secrets by Jennifer Hillier, whose novel Jar of Hearts I really enjoyed last year, so I’m curious to check this one out too. Both ARCs also came in this super cute tote, which is nice and big enough to hold anything I want! 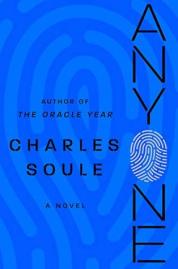 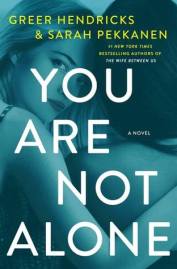 I continue to show restraint with my digital requests, only snagging a couple of audiobooks this week. Courtesy of HarperAudio, I received a listening copy of Anyone by Charles Soule, which I’ve already finished and a review should be forthcoming. Lately I’ve also been hankering for a good thriller, which is why You Are Not Alone by Greer Hendricks & Sarah Pekkanen caught my eye, with thanks to Macmillan Audio for the listening copy. And finally, I saw The Dark In-Between by Elizabeth Hrib pop up on Edelweiss the other day, and after reading the synopsis I just couldn’t resist. Thank you to Swoon Reads for the eARC. 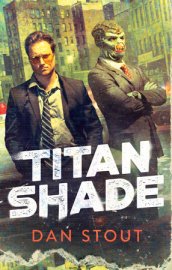