Book Review: The Soul of Power by Callie Bates

The Soul of Power by Callie Bates

Series: Book 3 of The Waking Land

I think it’s always a challenge whenever the books in a series follow a new POV with each volume, because you never know whether you will enjoy the new character or how you would adjust to their perspective. Case in point, my own personal experience with this series has been complicated, for while I loved The Waking Land which featured Lady Elanna Valtai, I was less pleased with the protagonist of the next book, Jahan Korakides in The Memory of Fire. In fact, one of the biggest motivators for me to read this third novel, The Soul of Power, was knowing that once again we will be shifting the focus to a new character who I was curious to know more about.

The illegitimate daughter of an exiled king, Sophy Dunbarron now has the opportunity to claim the throne that had eluded her father, ruling over both the lands of Eren and Caeris. Unfortunately, it would be very difficult for her to hold on to power. For one thing, she has no support from the Eren nobles, who vehemently oppose her rule. For another, she is secretly with child, and the father is a man she loves but can never marry, due to his lack of status and political connection.

Despite all these obstacles, however, Sophy is determined to make it work. She has worked her whole life to fulfill this role, not to mention how much her mother had sacrificed for her. But as the world is thrown in turmoil in the wake of Elanna Valtai’s revolution, the political landscape has become unstable and treacherous to navigate. As anti-magic sentiment grows, those with talent in sorcery are also pouring into Sophy’s territory, hoping to find refuge within her nation’s borders, though with resources already stretched to the limit due to the war, her own citizens are growing disgruntled with the influx of more mouths to feed—and of course, the nobles in Sophy’s court who want to see her deposed are quick to use that negative sentiment to their advantage. It seems that everywhere she turns is another conflict, another fire to put out. And as if that weren’t enough, more and more people are inexplicably manifesting magical powers by the day.

Then comes the devastating news that Elanna has been captured by Paladis and their witchhunters. Sophy is left on her own to find the way, trying to figure out the political climate and predict the next moves of her enemies while keeping the secret of her pregnancy from those who will attempt to use it to ruin her.

I have to admit, I couldn’t really recall much about Sophy’s character from the first book, both because Elanna was such a larger-than-life personality and also because the supporting cast received so little attention. As a result, it was easy to overlook everything that wasn’t about Elanna, which I suppose is why the author decided to focus on different characters in the sequels, expanding her world with their unique perspectives. To my relief, I enjoyed reading about Sophy much more than I enjoyed reading about Jahan in the previous volume, which helped immensely to get me into the story—and a good thing too, because the plot turned out to be rather heavy on the political conflict and intrigue. Relative to the previous books, it is also lighter on the magical aspects. So if you don’t enjoy reading fantasy stories that are mostly about political maneuvering, or if you’re not a fan of discussions surrounding the spectacle and intricacies of nation-building, then it’s pretty safe to say this book won’t be for you.

That said, I found the overall premise of The Soul of Power engrossing, and I enjoyed following Sophy’s growth over the course of the story. And of course, it helped that there was as much personal conflict as there is political conflict. As a character, Sophy was fascinating and I found her journey more compelling than Elanna or Jahan’s, given the complexities of her back story and the romantic drama in her life. Fighting for her crown was more than just a plot mechanism to drive suspense and uncertainty; it was also for Sophy to learn more about herself and figure out her priorities, like how much does being queen mean to her and what is she willing to sacrifice for power. As well, her impending motherhood was a thread that featured strongly throughout the entirety of the novel, and a constant reminder that as much as she had to gain, she also had the most to lose.

All in all, The Soul of Power was a solid, well-written novel—maybe not as magical or imposing as The Waking Land, but definitely a step up from The Memory of Fire for me. It was also inspiring in its own way, starring a genuinely sympathetic heroine who is introspective and kind-hearted. It was a satisfying, uplifting conclusion to Callie Bates’ debut trilogy, and I look forward to what she does next after this!

17 Comments on “Book Review: The Soul of Power by Callie Bates” 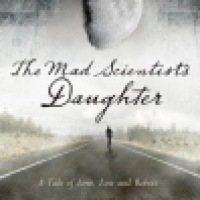 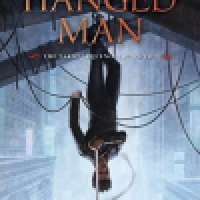