First up, a trio of titles that span a range of sci-fi subgenres: with thanks to Titan Books, I received Fleet of Knives by Gareth L. Powell, book two of the Embers of War space opera/military science fiction series which I’ve been enjoying a lot so far; with thanks to Tor Books, I received Luna: Moon Rising by Ian McDonald, the finale in a fantastic trilogy which has been described as Game of Thrones in space; and with thanks to Orbit, I received an ARC of The Girl Who Could Move Sh*t With Her Mind by Jackson Ford, a quirky mystery adventure of paranormal elements and superpowers.

Next, we have some epic fantasy, with thanks to Harper Voyager for sending along an ARC of Protect the Prince by Jennifer Estep, the sequel to Kill the Queen. I had a lot of fun with the first book last year, and I hope the trend will continue. A surprise paperback of Kin by Snorri Kristjansson also showed up earlier this month from the kind folks at Jo Fletcher Books across the Atlantic, I think because they had offered me an eARC of the sequel Council and I replied with a thanks but I haven’t read the first book yet. As you can imagine, I was thrilled because as you know I’ve been going on and on about how I wish this book would finally get an official US publisher. Needless to say I wasted no time in starting this book, and as of this writing I am about halfway through and enjoying myself immensely. And if you recall my Waiting on Wednesday feature a couple weeks ago, I was really looking forward to Shark Beach by Chris Jameson so it was to my joy and excitement that St. Martin’s Press replied to my request to say they would be sending an ARC. I probably won’t be starting this until closer to the release date, but I can’t wait.

From Henry Holt and Co. via LibraryThing, I was also lucky enough to score an ARC of The Daughters of Temperance Hobbs by Katherine Howe from their Early Readers program last month. Really looking forward to check this one out. And here’s something different: from Vintage Books came this gigantic volume called The Big Book of Classic Fantasy edited by Ann and Jeff VanderMeer. It is exactly what it sounds like, an anthology of stories ranging from the fairy tales we first heard as children to the classic fantasy works that have always been with us. I’ll be honest, I don’t know how likely I’ll read this whole thing, but for those interested, here’s more from the publisher description: “There are the expected pillars of the genre: the Brothers Grimm, Hans Christian Andersen, Mary Shelley, Christina Rossetti, Nikolai Gogol, Franz Kafka, L. Frank Baum, Robert E. Howard, and J. R. R. Tolkien. But it’s the unexpected treasures from Asian, Eastern European, Scandinavian, and Native American traditions–including fourteen stories never before available in English”. Pretty cool, right? And finally, from the awesome team at Subterranean Press, I received an ARC of a collection called The Best of Greg Egan, which should be of interest to fans of the author. 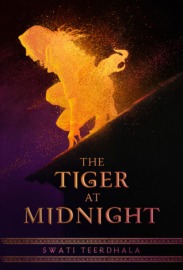 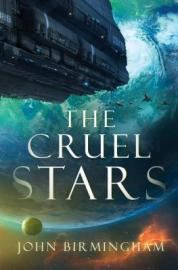 A rather light haul in the digital pile this week: courtesy of Harper Audio, I was able to snag an advanced listening copy of The Tiger at Midnight by Swati Teerdhala, and from Del Rey via NetGalley, I downloaded the eARC of The Cruel Stars by John Birmingham because I thought it sounded interesting.

Here’s what I’ve managed to “unstack” from the TBR since the last update. It’s been a busy couple of weeks, with my birthday last weekend, and unfortunately right after that I came down with a bad cough and fever. Despite the hurdles I still managed to finish a good number of books, some of which were pretty lengthy (though for some of these I had the help of audio during my recuperation). Reviews will be forthcoming. 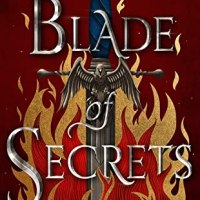 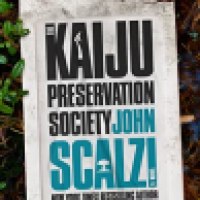