Top Ten Tuesday was created by The Broke and the Bookish, a weekly meme that now resides at That Artsy Reader Girl. The meme first came about because of a love of lists. Who doesn’t love lists? The original creators also wanted their lists to be shared with fellow book lovers and to ask that we in turn share ours with them and connect with other book bloggers. To learn more about participating, stop by their page dedicated to it and dive in!

This week’s topic: Top Ten Upcoming Releases I’m On the Fence About

At the beginning of the year, I made a list of my most anticipated books for early 2019, or what I call my “must-reads”. But then, what about the books I’m curious about but still not quite sure I’m ready to make a final decision on yet? Today, I feature some of the titles I’ve been hemming and hawing over for a while now, but if you think there are any that I should change from a “maybe” to a “must”, please let me know!

Dark of the West by Joanna Hathaway

Aurelia Isendare is a princess of a small kingdom in the North, raised in privilege but shielded from politics as her brother prepares to step up to the throne. Halfway around the world, Athan Dakar, the youngest son of a ruthless general, is a fighter pilot longing for a life away from the front lines. When Athan’s mother is shot and killed, his father is convinced it’s the work of his old rival, the Queen of Etania—Aurelia’s mother. Determined to avenge his wife’s murder, he devises a plot to overthrow the Queen, a plot which sends Athan undercover to Etania to gain intel from her children.

Athan’s mission becomes complicated when he finds himself falling for the girl he’s been tasked with spying upon. Aurelia feels the same attraction, all the while desperately seeking to stop the war threatening to break between the Southern territory and the old Northern kingdoms that control it—a war in which Athan’s father is determined to play a role. As diplomatic ties manage to just barely hold, the two teens struggle to remain loyal to their families and each other as they learn that war is not as black and white as they’ve been raised to believe.

The Lonely Dead by April Henry

A killer is on the loose, and only one girl has the power to find him. But in this genre-bending YA thriller, she must first manage to avoid becoming a target herself.

For Adele, the dead aren’t really dead. She can see them and even talk to them. But she’s spent years denying her gift. When she encounters her ex best friend Tori in a shallow grave in the woods and realizes that Tori is actually dead — that gift turns into a curse. Without an alibi, Adele becomes the prime suspect in Tori’s murder. She must work with Tori’s ghost to find the real killer. But what if the killer finds Adele first?

Sisters of the Fire by Kim Wilkins

In the next chapter of a fantasy series featuring five unforgettable sisters—the warrior, the magician, the lover, the zealot, and the gossip—an insidious threat jeopardizes a fragile peace.

Four years have passed since the five royal sisters—daughters of the king—worked together to restore their father to health and to the throne while fracturing the bonds among themselves almost irreparably. Only Bluebell remains at home, dutifully serving as heir to her father’s kingdom. Rose has been cast aside by her former husband and hides in exile with her aunt, separated forever from her beloved daughter, Rowan. Ash wanders the distant wastes with her teacher, learning magic and hunting dragons, determined that the dread fate she has foreseen for herself and her loved ones never comes to pass. Ivy rules over a prosperous seaport, married to an aged husband she hates yet finding delight in her two young sons and a handsome captain of the guard. And as for Willow, she hides the most dangerous secret of all—one that could destroy all that the sisters once sought to save.

Ambassador Mahit Dzmare arrives in the center of the multi-system Teixcalaanli Empire only to discover that her predecessor, the previous ambassador from their small but fiercely independent mining Station, has died. But no one will admit that his death wasn’t an accident–or that Mahit might be next to die, during a time of political instability in the highest echelons of the imperial court.

Now, Mahit must discover who is behind the murder, rescue herself, and save her Station from Teixcalaan’s unceasing expansion–all while navigating an alien culture that is all too seductive, engaging in intrigues of her own, and hiding a deadly technological secret–one that might spell the end of her Station and her way of life–or rescue it from annihilation.

The Witch’s Kind by Louisa Morgan

Barrie Anne Blythe and her aunt Charlotte have always known that the other residents of their small coastal community find them peculiar — two women living alone on the outskirts of town. It is the price of concealing their strange and dangerous family secret.

But two events threaten to upend their lives forever. The first is the arrival of a mysterious abandoned baby with a hint of power like their own. The second is the sudden reappearance of Barrie Anne’s long-lost husband — who is not quite the man she thought she married.

Together, Barrie Anne and Charlotte must decide how far they are willing to go to protect themselves — and the child they think of as their own — from suspicious neighbors, the government, and even their own family…

The Perfect Assassin by K.A. Doore

Divine justice is written in blood.

Or so Amastan has been taught. As a new assassin in the Basbowen family, he’s already having second thoughts about taking a life. A scarcity of contracts ends up being just what he needs.

Until, unexpectedly, Amastan finds the body of a very important drum chief. Until, impossibly, Basbowen’s finest start showing up dead, with their murderous jaan running wild in the dusty streets of Ghadid. Until, inevitably, Amastan is ordered to solve these murders, before the family gets blamed.

Every life has its price, but when the tables are turned, Amastan must find this perfect assassin or be their next target.

Prince and his fairy courtiers are staggeringly beautiful, unrelentingly cruel, and exhausted by the tedium of the centuries―until they meet foster-siblings Josh and Ksenia. Drawn in by their vivid emotions, undying love for each other, and passion for life, Prince will stop at nothing to possess them.

First seduced and then entrapped by the fairies, Josh and Ksenia learn that the fairies’ otherworldly gifts come at a terrible price―and they must risk everything in order to reclaim their freedom.

Among humans, none have power like mages. And among mages, none have will like Sal the Cacophony. Once revered, now vagrant, she walks a wasteland scarred by generations of magical warfare.

The Scar, a land torn between powerful empires, is where rogue mages go to disappear, disgraced soldiers go to die and Sal went with a blade, a gun and a list of names she intended to use both on.

But vengeance is a flame swift extinguished. Betrayed by those she trusted most, her magic torn from her and awaiting execution, Sal the Cacophony has one last tale to tell before they take her head.

All she has left is her name, her story and the weapon she used to carved both. 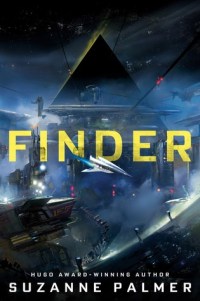 Fergus Ferguson has been called a lot of names: thief, con artist, repo man. He prefers the term finder.

His latest job should be simple. Find the spacecraft Venetia’s Sword and steal it back from Arum Gilger, ex-nobleman turned power-hungry trade boss. He’ll slip in, decode the ship’s compromised AI security, and get out of town, Sword in hand.

Fergus locates both Gilger and the ship in the farthest corner of human-inhabited space, a gas-giant-harvesting colony called Cernee. But Fergus’ arrival at the colony is anything but simple. A cable car explosion launches Cernee into civil war, and Fergus must ally with Gilger’s enemies to navigate a field of space mines and a small army of hostile mercenaries. What was supposed to be a routine job evolves into negotiating a power struggle between factions. Even worse, Fergus has become increasingly–and inconveniently–invested in the lives of the locals.

Foolhardy. Eccentric. Reckless. Whatever he’s called, Fergus will need all the help he can get to take back the Sword and maybe save Cernee from destruction in the process.

The Pandora Room by Christopher Golden

The Pandora Room is New York Times bestselling author Christopher Golden’s chilling exploration of what happens when the original Pandora’s Box is discovered in an ancient subterranean city, stirring international conflict and exposing the archaeological team to curses, whispers, and the terror of a legendary plague.

In one ancient variation on the myth of Pandora’s Box, there were two jars, one for Pandora and one for her sister, Anesidora. One contained all the blessings of the gods, the other all the world’s curses. Now, in a subterranean city in Northern Iraq, archaeologist Sophie Durand has discovered a secret chamber covered in writing that confirms that version of the tale—a chamber which contains a single jar. “Weird shit” expert Ben Walker joins Sophie’s team just as the mystery deepens and grows ugly. Those who believe the myth want to know which jar has been found in the Pandora Room, the one containing blessings, or the one full of curses. Governments rush to lay claim, but jihadi forces aren’t waiting for the dust to settle. Whatever the jar contains, they want it, no matter who they have to kill…or what will emerge when they open it. For Sophie, Walker, and the others, the Pandora Room may soon become their tomb. 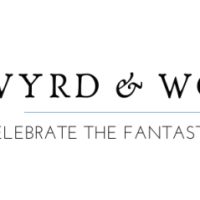 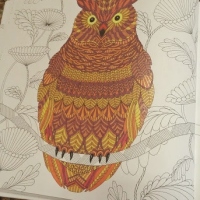