The Winters by Lisa Gabriele

The Winters has been described as an updated, modern retelling of Rebecca by Daphne du Maurier. Not having read the original novel, I can’t speak to how successful Lisa Gabriele was at nailing down the tone or atmosphere of the classic Gothic novel, but knowing the overall gist of the story, as far as I can tell, many of the plot, setting, and character elements have remained the same but are given a new twist.

Like its 1938 inspiration, The Winters stars an unnamed narrator, but many of the similarities to the original character end there. Our protagonist is a 20-something-year-old American woman from the Cayman Islands, where she works at a boat charter company that caters to clients from many of the elite local clubs. That is how she meets Max Winter, a charming and wealthy state senator from New York, who has come to the Caribbean for work and holiday. He is also a widower, his wife having died in fiery car crash about two years ago. In spite of this recent loss, Max and our protagonist fall into a whirlwind romance, and within a month of their meeting, he asks her to marry him.

Before she knows it, our narrator is whisked away to the Hamptons, where Max’s family owns a lavish seaside estate called Asherley. Needless to say, life in New York takes some adjusting to for our protagonist, who often finds herself alone at the mansion while her fiancé travels for his work in politics. It also doesn’t help that the house is filled with reminders of Max’s first wife Rebekah, the rich and beautiful socialite whose commanding presence can be felt strongly, even in death. Further complicating the issue is the couple’s glamorous teenage daughter, the wild and undisciplined Dani Winter, who was fiercely attached to her mother and is now clearly unhappy with her father’s decision to remarry. As determined as our protagonist is to get through to the girl, it seems Dani is hell bent on making her life at Asherley difficult, driving a constant wedge between her and Max. But when Dani reveals some disturbing details about the night her mother died, a seed of doubt is planted in our narrator’s mind. Was there a darker side to Max and Rebekah’s marriage, or is this just another attempt by their daughter to drive her away?

Like all retellings, The Winters takes a particular slant on a familiar story, and therein lies plenty of opportunities for fun fresh spins but also the possibility for some difficulties. Even though I really enjoyed this book, I’m going to start with a small list of negatives I encountered, with pacing issues being the chief among them. Between the narrator and Max’s courtship in the Cayman Islands and the point where we finally get some inkling of the dark secrets in Asherley’s past, there was a major lull in the first half of the book which I think hurt the overall momentum of the story. Not having read Rebecca, I’m also sure that I was missing a lot of the subtext and failed to appreciate many of the nuances Gabriele included in the novel. While I have no idea how this book would be received by those familiar with the original classic, I suspect we’ll see the general pattern of responses when it comes to retellings.

Still, from what I can gather, there are some major differences in the plot, particularly towards the end, allowing The Winters to stand proudly on its own. The characters are also very well drawn, especially our protagonist, whom despite being infuriatingly naïve is also exactly the kind of personality you would expect from someone who has lived the life she has, only to have her world turned upside down. I also loved Dani, as vicious and conniving as she was. Her flighty nature and mood swings made it incredibly difficult to pin her down, which added to the many compelling questions that piled up over the course of the story. Is Dani the antagonist orchestrating our narrator’s downfall? Or is she just as much of a victim, caught in a web of secrets and obfuscation? I found myself bounced back and forth between theories, guessing character motives at every turn. After the halfway point, it was like a rollercoaster ride of thrills and twists to the finish.

In the end, I can only speak for my own experience, but I really enjoyed The Winters. Fans of Rebecca will probably want to read this, with the added caveat that while it pays homage to the Daphne du Maurier novel by drawing heavily from some of its plot elements and themes, Lisa Gabriele’s retelling also brings a lot of her own voice and originality to the table. More generally, fans of psychological thrillers and suspenseful family dramas may also want to check it out. It’s tough to say much more about the story without risking spoilers, but suffice it to say, the delicious tension of not knowing what will happen made the slow build-up of the first half worth it.

14 Comments on “Book Review: The Winters by Lisa Gabriele” 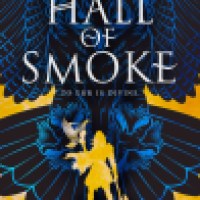 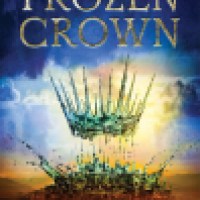