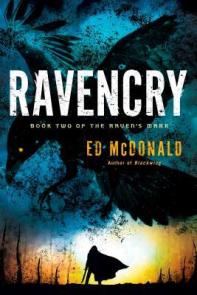 Don’t know why, but lately it feels like I’ve been striking out a lot with hyped books. My latest disappointment: Ravencry by Ed McDonald. The praise I’ve been seeing for it has been damn near universal. Most reviews I saw also lauded it for being even better than the first book.

However, this is probably the area where my opinion differs. While Ravencry was a good read, I don’t really believe it lived up to the standards set by its predecessor. In fact, the strength of the first book—and to some degree, my feelings that I owed it to my enjoyment of Blackwing to see this one through—was one of the few things that kept me reading even when the drive to continue was low.

As a sequel, I think Ravencry sought to do all the right things, including an attempt to build upon everything that made the previous novel so great. A few years have passed since we last saw Captain Ryhalt Galharrow at the end of Blackwing, but peace continues to elude our unhappy protagonist. The events that took place in the conclusion of the first book have left him damaged and grieving, though he makes a valiant effort to push on through the dark times and get over his loss.

But in the heart of the city, a cult known as The Order of the Bright Lady has emerged and taken root. Their goddess is supposedly a savior come to offer salvation to those who survived the horrible carnage. More and more, she is appearing in what her acolytes are calling divine visions, growing the order’s influence. The situation worsens as Galharrow is unexpectedly called upon by his patron, Crowfoot, to investigate a powerful artifact stolen from the Nameless’ vault. Now the captain and his fellow mercenary Blackwings must get to the bottom of this theft, a mission that will require them to venture deep into the Misery, the expansive wasteland of corrupted magic where all your worst memories and nightmares come to life.

I hate to say it, because to its credit, Ravencry features many of the same elements and follows many of the same patterns as Blackwing. The problem was that it was much too slow. That said, I did enjoy the introduction. We had a fantastic opening, which refamiliarized us with Galharrow, who hasn’t really changed much since we last saw him, though now carries the extra burden of mourning for someone close he lost. I thoroughly enjoyed the book through the scene at the opera, the awkward moment where our protagonist witnesses a weak and sickly bird burst through the tattoo on his arm to bring him a dire message while trying to hide in a public restroom (which I actually found darkly funny), and then the subsequent rush to inspect the breached vault.

But then we run smack into a brick wall in terms of pacing. One problem was that there was so much exposition and dialogue, a lot of centered on established character and world-building points I already knew. Pages would go by where I felt little to no progress would be made on the overarching plot. Fresh elements were on the whole few and far between, while old ideas were retreaded. I just didn’t feel as galvanized or enthusiastic about the premise this time around.

In some ways, I think McDonald tried to catch lightning in a bottle twice by sticking close to the playbook and with what has worked before, but I can’t help but think it might have backfired. The good news though, is that if you enjoyed Blackwing, there is little reason why you shouldn’t enjoy Ravencry as well, since the two books are so similar in vein. I also don’t want to sound too negative, because this was certainly not a bad book, and I do wish to stress that. However, as someone who reads a huge volume of books each year, with sequels making up a large bulk of that, I know what works and what doesn’t for me. I prefer sequels that not only retain the strengths of the original, but perhaps strive to go above and beyond them as well, and here is where I think a lot of second-books-in-a-series struggle.

All in all, I’m going with a middling rating for this one. There were moments of brilliance in Ravencry, most notably in the beginning and at the end, but broadly speaking, it was slow-going. I will continue watching this series, but I’ll probably be more on guard with the next novel.

More on The BiblioSanctum:
Review of Blackwing (Book 1) 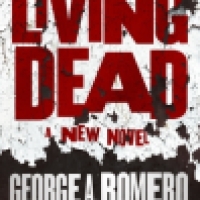 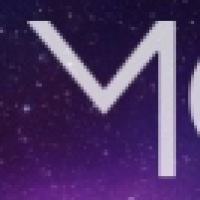