Back in 2014, the idea for Tough Traveling started with Nathan of Fantasy Review Barn who came up with the excellent idea of making a new list each week based on the most common tropes in fantasy, as seen in (and inspired by) The Tough Guide to Fantasyland, a tongue-in-cheek parody of the fantasy genre by Diana Wynn Jones. It was widely successful, with over fifty bloggers participating at one point before it went on hiatus. But now Tough Traveling is back, with huge thanks to Laura from Fantasy Faction for reviving the feature! Every first of the month we’ll be posting a list of books that fit a particular theme, with the next month’s theme also to be announced. Interested in participating? Well, grab your traveling packs and come along! You are welcome to post your Tough Traveling lists anytime during the month.

The Tough Guide assures us that HEROES are ‘mythical beings, often selected at birth, who perform amazing deeds of courage, strength and magical mayhem, usually against all odds.’ Furthermore, ‘if you get to meet a so-called Hero, she/he always turns out to be just another human, with human failings, who has happened to be in the right place at the right time (or the wrong place at the wrong time, more likely)’.

HOWEVER. For good or for evil, some of fantasy’s most memorable Heroes are not human at all. Some look human, but aren’t. Others may look monstrous, but be ‘human’ on the inside. Others still never pretend to be anything other than what they are – and why should they? In nearly all cases, we are likely to Learn Something from them – usually that appearances can be deceiving, or that the concepts of both ‘Human’ and ‘Hero’ are entirely subjective.

One might assume, considering my love for the Stone and Moon show, that the Raksura would be at the top of my list for this month’s topic, or even Vadrigyn, my new favourite protagonist from Larcout, but when I started brainstorming my picks, I realized that there was a connection between several of them. They met the non-human requirements, of course, but several of them still looked very human indeed. So I decided to focus my list on non-human heroes and protagonists who walk among us, unnoticed, but for that strange… something that gives them away….

Stranger in a Strange Land by Robert A. Heinlein

His ancestry can be easily traced to earth, but Valentine Michael Smith is far more than the humans who traveled to Mars and subsequently gave birth to him. Though he looks like an adult, he is but a child on his homeworld, and has much to learn about humanity and our culture when he arrives here. Among the things he must learn is that humans are jerks and everyone wants to use him, especially since his birthright means he has quite a lot of political sway as well as a lot of money at his finger tips. The trick is figuring out who he can trust to make sure that nothing is taken advantage of.

From my original review: “For me, slipping into Elfland was like overhearing bits of an intriguing conversation. I sort of knew what the conversation was about, and was enticed to learn more as Warrington allowed me into this secret world of Aetherials – fae creatures living along side us in the human world.”

The Fox family are your normal, every day folk, but every seven years, they and the other Aetherials must renew their connection to their homeworld, lest they become truly human. And who in the world would want that?

Anyanwu is a “wild seed.” She has the ability to change her shape and become just about anything she wants. She is not quite the same as the creature known as Doro, but their differences from the humans they care for or prey upon, respectively, bring them together, even as Anyanwu struggles to separate herself from Doro.

Daughter of Smoke and Bone by Laini Taylor

Karou’s bright blue hair is natural. The monsters she draws in her sketch book are real. She used to be one of them. She calls them her people. Her family. Karou is a chimaera. But there is so much more to her current existence in the body of a young art student that she does not know.

The Host by Stephanie Meyer

A race of parasitic aliens travel the galaxy taking over the sentient beings of the worlds they meet. Now they have arrived on earth and “Wanderer” has taken over the body of a human named Melanie. But for the first time in all of her experiences, Wanderer has discovered a host that doesn’t exactly like having her there 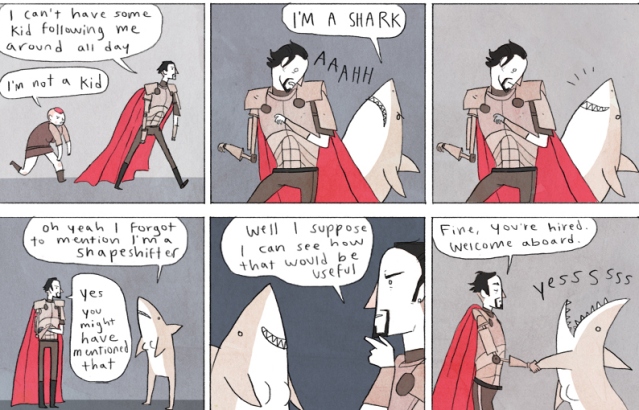 The Grey Bastards by Jonathan French

LIVE IN THE SADDLE, DIE ON THE HOG! This rocking good book stars Jackal, a half-orc who is sworn to the The Grey Bastards hoof, one of the eight brotherhoods of former slaves that now live on the land known as the Lots. Shunned by humans but also hostile to the orcs, the mongrel bands are all that’s left standing between the city of Hispartha and the forces that want to see it fall. By the way, this book was also the winner in the Self-Publishing Blog-Off competition of 2016, and man oh man does it deserve that title. If you are a fan of dark fantasy, you need to read it.

The Books of the Raksura by Martha Wells

Wendy might have passed on featuring this series, but hey, don’t mind if I do! Oh my gosh, the Raksura, guys. They have got to be some of the coolest, most original fantasy creatures ever. I personally picture them as being a bit like a form of bird-people, but in fact that are shapeshifters whose societies more closely resemble those of hive insects. A ruling queen is at the top, followed by lesser queens. Queens mate with fertile males called Consorts to produce royal clutches composed of Queens, Consorts and Warriors (infertile males and females that defend the colony). Together, these three types make up the Aeriat. They are winged and capable of flight. Then there are the Arbora, who have no wings but are capable climbers. They are made up of Teachers that oversee the nurseries and train the young, Hunters who provide food for the colony, Soldiers who guard the colony, and Mentors who are seers with magical abilities enabling them to perform tasks such as foreseeing the future or healing the sick and wounded. It’s all very complex, and in The Books of the Raksura you can read all about the ongoing dramas and inner workings of the Indigo Cloud court.

Children of Time by Adrian Tchaikovsky

Well, I just finished this novel, so even though it is sci-fi I still feel like I have to include it now that it’s fresh on my mind. Several major characters in this story are member of a race of giant spiders which were uplifted by a genetically engineered nanovirus during a planet terraforming mission gone bad. Ultimately, the spiders went on to evolve on this forgotten world, developing their own cultures, civilizations and knowledge. It is their home now, and they’re not taking too kindly to the assumptions of these strange looking humans who have showed up, thinking they can just take over and live on their planet.

Meet Julius, the protagonist of this series. He’s a dragon. The youngest, smallest, most powerless dragon in the Heartstriker clan, actually. Still, he isn’t a pushover so much as he’s just downright terrible at being a dragon. For one thing, he’s nice, considerate, has no designs on taking over the world, all of which makes him an absolute failure in his mother’s eyes. After twenty-four years of watching Julius hide out in his room in the mountain, Bethesda the Heartstriker has finally had it. Sealing him in his human form, the dragon matriarch banishes her son to the Detroit Free Zone where he’s left to either get with the program or fend for himself.

The Lives of Tao by Wesley Chu

Wendy featured The Host, a book about an alien who has taken over the body of a human. Here’s my own pick that features a version of this theme. This novel features Tao, an alien called a Quasing whose race crash-landed on Earth before the first organisms even made their way out of the ancient oceans. They could only survive in our planet’s atmosphere by hitching a ride in the living bodies of animals, and later, humans. And that’s how one day, a self-doubting, weak-willed, out-of-shape IT technician named Roen Tan wakes up with an alien voice in his head.

Join us next month for another edition of Tough Traveling! The theme will be:

The Tough Guide defines an Adept as ‘one who has taken what amounts to a Post-graduate course in Magic. If a Magic User is given this title, you can be sure he/she is fairly hot stuff. However, the title is neutral and does not imply that the Adept is either Good or Evil.’ 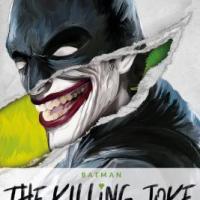