This week’s topic: Ten Comics on My TBR

LUNELLA LAFAYETTE IS AN INHUMAN PRETEEN GENIUS WHO WANTS TO CHANGE THE WORLD!

That job would be a lot easier if she wasn’t living in mortal fear of her latent Inhuman gene. There’s no telling what she’ll turn into – but Luna’s got a plan. All she needs is an Omni-Wave Projector. Easy, right? That is, until a red-scaled beast is teleported from the prehistoric past to a far-flung future we call…today! Together they’re the most Marvelous Team-Up of all – the Inhuman Moon Girl and time-tossed Devil Dinosaur! But will they be BFFs forever, or just until DD’s dinner time? And Lunella soon learns that there are other problems with a having a titanic T. Rex as a pet in the modern-day Marvel Universe. School, for one. Monster hunters are another – especially when they’re the Totally Awesome Hulk! Then there’s the fact that everyone’s favorite dino didn’t journey through time alone. Beware the prehistoric savages known as the Killer-Folk – New York City’s deadliest tourists! Can Lunella handle all this turmoil… and keep herself from transforming into an Inhuman monster?

In the early hours after Halloween of 1988, four 12-year-old newspaper delivery girls uncover the most important story of all time. Suburban drama and otherworldly mysteries collide in this smashhit series about nostalgia, first jobs, and the last days of childhood.

SERIES PREMIERE PLANETOID PRAXIS is the long-anticipated sequel to the popular 2012 miniseries PLANETOID. The inhabitants of a distant planetoid have fought off their robot overlords and established a thriving settlement on the planetoid’s mechanized surface. Now, years later, their de facto leader, Onica, must grapple with a new complication when their isolated way of life is threatened by the arrival of an unexpected visitor!

It’s 1987. Marcus Lopez hates school. His grades suck. The jocks are hassling his friends. He can’t focus in class. But the jocks are the children of Joseph Stalin’s top assassin, the teachers are members of an ancient league of assassins, the class he’s failing is “Dismemberment 101,” and his crush has a doubledigit body count. Welcome to the most brutal high school on earth, where the world’s top crime families send the next generation of assassins to be trained. Murder is an art. Killing is a craft. At Kings Dominion School for the Deadly Arts, the dagger in your back isn’t always metaphorical.

Who is the Inventor, and what does he want with the all-new Ms. Marvel and all her friends? Maybe Wolverine can help! If Kamala can stop fan-girling out about meeting her favorite super hero, that is. Then, Kamala crosses paths with Inhumanity — by meeting the royal dog, Lockjaw! But why is Lockjaw really with Kamala? As Ms. Marvel discovers more about her past, the Inventor continues to threaten her future. Kamala bands together with some unlikely heroes to stop the maniacal villain before he does real damage, but has she taken on more than she can handle? And how much longer can Ms. Marvel’s life take over Kamala Khan’s? Kamala Khan continues to prove why she’s the best (and most adorable) new super hero there is!

A part of DC Universe: Rebirth!

A new day dawns for the Justice League as they welcome a slew of new members into their ranks. The question remains though, can the world’s greatest superheroes trust these new recruits? And will the members of League be able to come together against an ancient evil that threatens to reclaim not just the world, but the entire universe!

At Miss Qiunzilla Thiskwin Penniquiqul Thistle Crumpet’s camp for hard-core lady-types, things are not what they seem. Three-eyed foxes. Secret caves. Anagrams. Luckily, Jo, April, Mal, Molly, and Ripley are five rad, butt-kicking best pals determined to have an awesome summer together… And they’re not gonna let a magical quest or an array of supernatural critters get in their way! The mystery keeps getting bigger, and it all begins here.

Journey into The Deep with the daring aquanaut family, The Nektons, aboard their state-of-the-art (and oh so shiny) submarine, The Aronnax. When an earthquake off the coast of Greenland leads to strange reports of monster sightings, William and Kaiko Nekton, along with their kids, Fontaine and Ant (and of course, Ant’s pet fish, Jeffrey), dive into the mystery! Will they find what they’re looking for? Will they teach a fish to fetch? Will they be accidentally eaten?

When King Mancastle and his mighty vassals ride off on crusade, the women left behind are not at all put out-that’s a lot less armor polishing for them to do. Of course, when the men get themselves eaten by a dragon and leave a curse that attracts monsters to the castle…well, the women take umbrage with that. Now the blacksmith’s wife Merinor is King, Princess Aeve is the Captain, and the only remaining (and least capable) knight Sir Riddick is tasked with teaching the ladies of the castle how to fight, defend, build, and do all manner of noisy things the men had been doing while the women assumed they were just drunk. Novelist Delilah S. Dawson (Star Wars: The Perfect Weapon, As Wicked as She Wants, Wake of Vultures) brings her first original series to comics, and is joined by breakthrough illustrator Ashley A. Woods (Niobe: She Is Life) for a rollicking fantasy adventure featuring women reclaiming their lives on their terms.

Injustice: Gods Among Us: Year One, Vol. 1  by Tom Taylor

Things in the DC Universe have changed after Superman is tricked into destroying the one thing he loves the most. Now unwilling to let crime go unpunished, the heroes of our world must choose if they are with Superman or against him. But not every country will submit to his new world order and neither will Superman’s greatest threat-Batman!

← Excerpt and Giveaway: The Stars Are Legion by Kameron Hurley
2017 Audiobook Challenge →

15 Comments on “Top Ten Tuesday: Ten Comics on My TBR” 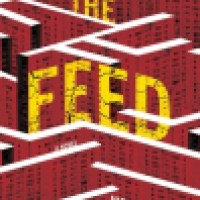