Book Review: An Import of Intrigue by Marshall Ryan Maresca

An Import of Intrigue by Marshall Ryan Maresca

Series: Book 2 of the Maradaine Constabulary

An Import of Intrigue is the second installment in the Maradaine Constabulary series and another impressive achievement in storytelling and fantasy world-building by author Marshall Ryan Maresca. While this book may be the follow-up to last summer’s A Murder of Mages, it is also the fourth novel set in a bigger universe featuring Maradaine, a vibrant and exotic city filled with diverse characters and rich stories.

Once again, readers are following inspectors Satrine Rainey and her partner Minox Welling on a murder investigation involving baffling circumstances. This time, we’re in the neighborhood of Little East, a section of Maradaine home to a large number of different cultures and traditions. Druth, Fuergan, the Imach, Tsouljans, the Kierans, and the Lyranans all make their home in this largely forgotten part of the city, where it’s not uncommon for one to walk down its tumbledown streets and hear a multitude of conversations spoken in the languages of the speakers’ respective home countries or regions.

However, not all of Little East’s denizens always get along, and this latest case involving the death of an important foreign dignitary seems to be an attempt by the killer to stir up even more trouble, knowing that the tensions between the different groups are already on a knife’s edge. Evidence at the crime scene appears to implicate several of them, and Satrine and Minox spend the bulk of their investigation following up on leads in all the various cultural districts. Meanwhile, being an uncircled mage, Minox is starting to feel the adverse effects from his ongoing struggle with his magical powers and the stress of it is threatening to consume him, and Satrine is forced to confront her past as a figure from her former life comes to warn her away from digging too deep.

Just as I expected, I had another rollicking good time with the dedicated duo of Constables Rainey and Welling. I also really enjoyed the story, though if I was forced to pick favorites, I still have to go with first book. An Import of Intrigue had a lot to offer, exploring the political and social factors that affect the lives of everyone in Maradaine, but in terms of readability and flow, A Murder of Mages is the clear winner. Don’t get me wrong, for this sequel featured a plot that was just as strong and entertaining, but admittedly it suffers a little from pacing issues. The book’s introduction winds up being quite a slow builder, weighed down by the storm of people, places, and other names that reader has to quickly absorb in order to get the full picture of this murder mystery.

On the one hand, I love that Maradaine is such a multicultural city full of amazing sights and sounds. On the other, the half-dozen or so cultural groups involved in the investigation, along with the huge cast of characters that are introduced in such a short period of time made this already complicated case even more confusing. I found myself having to start and stop again and again in order to get all the various pieces of this story straight, which had an overall negative impact on the book’s energy and momentum. Not to mention, we also had to take several detours away from the main arc to focus attention on Satrine and Minox’s own personal conflicts. It just seemed like a lot to throw at readers, and better transitioning between the multiple plot threads could have helped smooth out the pacing.

The characters though, they were as ever well-written and top-notch. From an interview with Maresca, I learned that he is planning to be writing at least four series set in the world of Maradaine. To make each one unique and stand out from the others, I think the author’s creative approach to characterization will be the key. He has built complex lives for both Minox and Satrine, and An Import of Intrigue continues to flesh out their personalities and backstories. Minox has finally come to a point where he has to address his uncircled status and how that lack of training might be affecting his work, but it is undoubtedly Satrine who steals the show in this one with the revelations about her past life as a spy. Several of her secrets are blown wide open here, and I can’t help but wonder what this will spell for Satrine’s daughters as well as her severely disabled husband, who depends wholly on her to support him.

The plot thickens, as they say, and I am still just as curious and enthusiastic about the characters and their stories now as I was after I finished reading A Murder of Mages. If you enjoy fantasy and mystery, you’ll find both genres terrifically combined here within the pages of the novels in the Maradaine Constabulary series. Marshall Ryan Maresca continues to impress. Needless to say, if you liked the previous book, An Import of Intrigue is not to be missed.

More on The BiblioSanctum:
Review of A Murder of Mages (Book 1)
Marshall Ryan Maresca Q&A and Guest Post

12 Comments on “Book Review: An Import of Intrigue by Marshall Ryan Maresca” 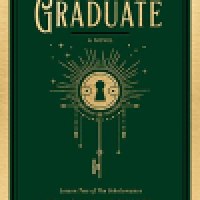