The BiblioSanctum is participating in Sci-fi Month so I’m going to try to feature science fiction picks for my WoWs for the month of November. I’m looking forward to this sequel to last year’s Arena, a gritty and futuristic sci-fi novel about professional gamers who compete to the death in high-stake virtual competitions. 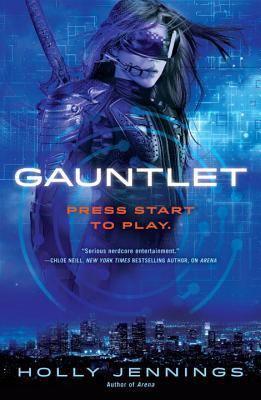 “Kali Ling isn’t afraid of dying. She’s been killed hundreds of times in hundreds of different ways. And she knows there are things much more terrifying than death…

There’s a new game in town. A brutal, winner-takes-all, international video game tournament between the world’s most elite players, promising fame, prestige, and unbelievable fortune. But there’s a catch. The game uses new VR pods guaranteed to push digital warriors to their physical and psychological brink—adapting every time a gamer makes a move.

As the first female captain and youngest team owner in VGL history, Kali is used to defying the odds. But as the all-star tournament heats up, her determination begins to waver and the pressures of media, sponsors, and the game itself begin to put cracks in her hard-set convictions.

If Kali’s Team Defiance is to survive, they’ll have to find a way to be stronger than ever before. But battling the system may prove too difficult for even the most hardened of fighters…”