The Alignment by Kay Camden

“I pause to stare at his closed eyelids, his lips inches from mine, and wonder how long I have until he wakes up and I have to pretend I still hate him.”

Liv and Trey are both running away from dark pasts and when their lives literally collide in the small town Liv has just moved to, the wrong kind of fireworks go off. They find that they can’t stand each other. Being around Trey even makes Liv physically ill. But because of Trey’s family issues, Liv has now been linked to him and those that want him dead, want the same for her, forcing her to stay with him for protection.

The first few chapters of this book immediately hooked me. I loved the writing–the descriptions and the dialogue lured me in with their deliciousness, along with the way the supernatural elements are quietly, subtly teased out. It was a sexy reading experience–like plot foreplay–even before the stars aligned and Trey and Liv’s relationship changed, and it all left me craving more as I turned each page.

But alas, it would not be for some time that this more would come to pass, no matter how many pages I flipped through. “Now he’s talking about ancient bloodlines and celestial alignments…” reads the blurb, only, the “now” doesn’t happen very nowish, I soon realized, and so all that lovely foreplay started to get very tedious. All of the events described in the book do occur just as the blurb promises, but with so much padding in between. I’m all for tantalizing delayed gratification–which is exactly what Trey and Liv have to struggle with once the stars align, but the book could have done with far less of the descriptions of the day-to-day activities that Liv and Trey have to deal with to finally get where they are going.

And where is that, exactly? What is it we’re dealing with here? Trey’s explanations are vague at best, with a lot of wait and see that Liv has to accept at face value. Fortunately, their new found supernatural connection allows her to deal with and accept what ought to be giant red flags. The process of the two falling in love, while it is a sudden and overwhelming switch from despising each other so thoroughly, isn’t an entirely painful process for the reader. Liv’s fawning over Trey isn’t simply the cloying action of a lovestruck girl, even if that love seems to have magical origins. She still maintains a rational mind that we get to see much of in their altering POV chapters. As this is considered an urban fantasy, hot sex between the hot main characters is to be expected, but, even though it, like everything else, is dragged out, I do appreciate Camden’s skills with writing scenes that focus on the sexy and the seduction, rather than just the sex.

But, as it turns out, I am an instant gratification kind of girl, so the long drawn out plot didn’t work for me. I am all for character and relationship building, but I don’t need the added details of what’s for dinner.

4 Comments on “#SPFBO Book Review: The Alignment by Kay Camden” 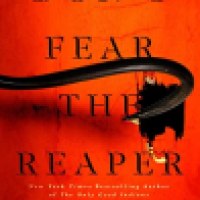