#SPFBO Book Review: Beyond the Starline by Austin Hackney 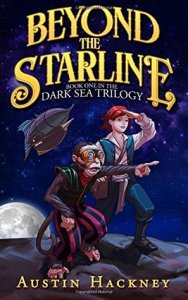 Beyond the Starline by Austin Hackney

“Life is important, mademoiselle. But if we are to avoid despair, it is wise not to take it too seriously, n’est-ce pas?”

This is the story of Harriet, a young girl whose life is turned upside down in a single night when pirates attack, killing the woman she thought was her mother in their search for a device Harriet never knew she had. Her foster mother’s dying command sends Harriet and her friend Sibellius, the charming French-speaking monkey, on a non-stop adventure to find the father Harriet thought was dead, and the mythical land he was searching for.

Did I say non-stop? Because I mean it. Harriet’s adventures literally take her high and low like a rollercoaster as she races from the pirates and to her destiny in the skies above, as well as the streets below which she has never been to before. Indeed, this is a high-flying adventure, taking Harriet from Sibellius’ balloon to sky ships sailing among the stars as the friends journey to the moon with pirates and giant space squid ever on their tails. It moves along very quickly, but also sets up quite a bit, introducing the main character and the coveted treasure that will likely play a big role in the rest of the series.

This is intended for a younger audience but is just as enjoyable for adults looking for a fun read. Despite this, the story isn’t always light-hearted, as Harriet struggles with the secrets she unravels and finds that the truths are not at all pleasant. There are some hard lessons taught and learned by Harriet.

One of the elements that really captured my attention at the start was Harriet’s inner monologue. The story is told from her point of view, but it goes one step further into her perspective because she actually does talk to herself in a charming, but still easily understandable, brogue.

The steampunk elements are worked in seamlessly, making them seem as natural and accessible to the reader as regular cars and boats.

But really, what really got me was Sibellius. That’s right. You had me at French-speaking sky monkey.

6 Comments on “#SPFBO Book Review: Beyond the Starline by Austin Hackney” 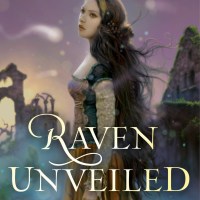 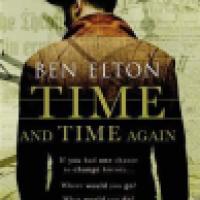