My thanks to all the publishers for the review copies received! For more details and full descriptions of the books, be sure to click the links to their Goodreads pages.

Imprudence by Gail Carriger – For some reason I was unable to get into Carriger’s Parasol Protectorate series, but then last year I picked up Prudence, the new series starring the daughter of Alexia Tarabotti, and I loved it. I was really excited to receive this sequel, which is my current read right now and I’m really digging it. My thanks to Orbit Books for the ARC.

It Happened One Doomsday by Laurence MacNaughton – A finished copy courtesy of the kind folks at Pyr. I’m hoping to dive into this one later this month, and I’m really looking forward to it. In case you missed it, be sure to also check out this nifty guest post by Laurence, and you have until Friday to enter our international giveaway for a chance to win a copy for yourself, as well as a galena crystal!

Flying by Carrie Jones – This one’s new to me, but apparently it’s about aliens! I wouldn’t have guessed that from the cover, and it definitely sounds like a different kind of YA novel. I’m definitely interested in trying it. My thanks to Tor Teen!

Arabella of Mars by David D. Levine – This sci-fi novel has been on my radar for a while, but I admit I didn’t really know much about it until a copy showed up one day. The book’s description as well as a few early reviews I’ve read have really piqued my interest, so I’m going to have to make some time for it this summer.  With thanks to Tor.

Red Tide by Marc Turner – Thank you Tor for also sending me book three in Marc Turner’s Chronicle of the Exile. I’m really starting to dig this series, and I can’t wait to continue!

Deadlands: Thunder Moon Rising by Jeffrey J. Mariotte – More awesomeness from Tor! Deadlands is based off the Weird West RPG of the same name. Even though I’ve never played the game, I love checking out all kinds of tie-ins and novelizations, so I’ll most likely give this one a shot. Plus, Westerns! This book is actually the second novel in the sequence, but I hope I can just jump right in. My thanks to the publisher.

Ghostbusters by Nancy Holder – Speaking of novelizations, I was delighted by this surprise arrival! I didn’t even know there was a book based off the new movie. If I don’t get the chance to see it for myself in theaters this summer, I’ll probably read this. Thank you, Tor!

Scary Out There edited by Jonathan Maberry – My thanks to Simon and Schuster for this horror anthology. It was an unsolicited ARC, but I know I’ll definitely read this! While I’m not a big reader of anthologies, its hook–a collection of short stories by authors of the Horror Writers Association writing about what they fear most–is just too good to resist.

Wolf’s Empire: Gladiator by Claudia Christian and Morgan Grant Buchanan – I’ve heard some wonderful things about this fun adventurous sci-fi romp, and I couldn’t be more excited when this finished copy showed up in the mail. Thanks Tor Books, I can’t wait to read it!

Dark Matter by Blake Crouch and The Wolf Road by Beth Lewis – Finished copies, with thanks to Crown Publishing. I’ve been wanting to read Blake Crouch for a while, ever since his Wayward Pines series took off. Dark Matter is all set to be my next read, so by the time this post goes live hopefully I should be well into it. I’ve also been hearing some great things about The Wolf Road and I’ve got it on tap for later this summer, so hopefully I can get to it soon.

Dracula vs. Hitler by Patrick Sheane Duncan – What if Dracula were brought back to life to fight the Nazis? When I saw this book, I was like, is this for real? Yes! And it’s even written in an epistolary format like Stoker’s original Dracula. I don’t have much experience with the “horror mash-up” genre, but I’m really hoping this one will work for me. With thanks to Inkshares, I’m really looking forward to trying it out.

The Devil’s Evidence by Simon Kurt Unsworth – This surprise arrival was new to me, until I did some research and realized it’s the sequel to The Devil’s Detective, which I’m familiar with but have not read. I’ve had my eye on it for a while though, so maybe this is just the motivation I need to pick up the first book. My thanks to Doubleday!

The Dragon Round by Stephen S. Power – Finished copy, with thanks to Simon & Schuster! Last week I posted my review, so in case you missed it, see the link in my review roundup section below!

Ninth City Burning by J. Patrick Black – Alien invasions and post-apocalyptic dystopia! I’ve had my eye on this book for a while, and now into my e-reader it goes with thanks to Ace and NetGalley.

The Sword of Midras by Tracy Hickman and Richard Garriott – Audiobook, with thanks to Audible Studios. I’ve been following The Shroud of the Avatar game for years now, since its successful campaign on Kickstarter which I also backed. I was intrigued when I heard that game developer Richard Garriott was teaming up with Tracy Hickman to write a SotA novel, and I think it’ll be a really good book to listen to!

The Iron Beast by Andy Remic and The Lost Child of Lychford by Paul Cornell – My thanks to Tor.com for also sending over two more e-galleys this week. Both are sequels to novellas I still need to read, so looks like I need to get moving!

Here is a roundup of my reviews since the last update. So. Many. Great. Books. I couldn’t choose just one to highlight this week, so I picked the three that really stood out for me. 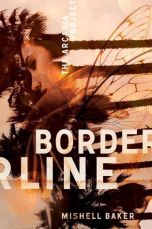 My thanks to Laurence MacNaughton who stopped by The BiblioSanctum with a guest post last week!

Here’s some of what I’ll be reviewing at the BiblioSanctum in the next few weeks, minus the reviews that are already up, so stay tuned!

Have you heard of or read any of the books featured this week? What caught your eye? Any new discoveries? Nothing makes me happier than sharing my love for books, so let me know what you plan on checking out.  I hope you found something interesting for a future read! Until next time, see you next Roundup!