Ready Player One follows the adventures of Wade who has the misfortune of living in a desolate United States in the year 2044. Despite earth sounding like a wasteland, years earlier a game developer created a large MMO known as OASIS that allowed user to escape into a virtual world, hiding behind their avatars. OASIS quickly expanded into an intricate freemium service that could be used for a variety of things, including attending public school. Most people regardless of income status have access to OASIS and a great deal of the population stays plugged in. It is so engrained in the culture that the name is synonymous with Internet. After the death of the developer (who happens to be an heir-less billionaire), the denizens learn that he has hidden a game in OASIS consisting of a series of riddles. The first one to solve his puzzle becomes the heir to his empire.

This follows the typical 80s teen RomCom adventure format, even going as far as to include the “boy meets girl” thing. I’m probably in the small majority here when I say that this didn’t do it for me. I’m all for nostalgia and nostalgia is probably the only reason I rated this as high as I did. Mostly this felt  ham-fisted to me, though. I’m not sure I even really enjoyed the plot that meandered along around all the 80s tribute. This was just one of those moments when I wanted to say, “It’s not you, book. It’s me.” Except I’m pretty sure it’s the book and not me. However, if you’re looking for something light and fun packed with plenty of 80s trivia and homages, this book will be right up your alley. This was the complete novel I’ve listened to by Wil Wheaton (I’d listened to a short story narrated by him earlier this year). He didn’t do too bad with this story.

I’m almost the last person to read this book. Thanks to one of the recent Top Ten Tuesdays, I found out that I am at least still ahead of a few people when it comes to reading this book. 😉 After a series of unfortunate events during a mission to Mars, Mark Watney finds himself stranded on the planet after his crew mistakenly leaves him behind.  Now, he’s on a personal mission to survive on the planet for the next 4 years until the next Mars mission crew arrives on the planet.

There’s plenty of technical jargon in this that most people won’t even pretend to understand (and that’s okay!), but there’s not so much of it that readers are pushed away from the story. You get the sentiment–everything is fucked!–even if you don’t understand the science. Being a big science nerd, I definitely enjoyed this for the way Weir weaved the science and the story together. Now, admittedly, I can understand where this might get redundant. Given the type of story this is, like most survival story, this relies on everything that could possibly go wrong doing just that. That can get old as something breaks and Watney then proceeds to “science the shit out of it” until he gets a solution. I can also see where people might find it dry despite the humor interspersed in the story. R.C. Bray was an excellent narrator, though, and I’m sure his narration made all the difference. I won’t say that R.C. Bray is flawless, but his narration made it feel real, like this was a story being related to me by a friend who’d been stranded on Mars. Sometimes, that personable style of narration is more important than an immaculate narration. 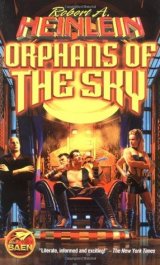 This novel is actually two of Heinlein’s novella’s–Universe and Common Sense both published in 1941. A man named Hugh is the main character of this book, living on a generational ship with multiple levels. The inhabitants of the ship believe there’s nothing beyond the metal of the ship, believing their “journey through space” is an allusion to spiritual enlightenment. However, after Hugh encounters the “mutants” that live on another level of the ship, he learns that they are in fact on a ship floating aimlessly through space, a ship that went off some generations before he was born. Now, he wants to fly the ship, but will Hugh’s own people believe his story?

This wasn’t my favorite Heinlein book, but I’d be lying if I said I didn’t love the premise behind this one. I don’t read enough stories about generational ships. I found everything about this fascinating from the ship-based religion which is much like Christianity fused with various other religions. There were moments when you just wanted to smack the characters and tell them to take a chance. They’re so resistant to what Hugh tries to get them to see, but that can be said of real life as well. So, while I wasn’t over the moon about this story, I did really love the ideas it played with. 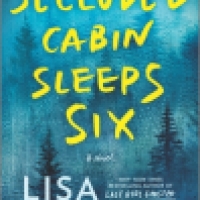