Book Review: Shadows of Self by Brandon Sanderson 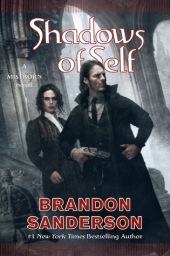 Shadows of Self by Brandon Sanderson

A lot of the books that I’m excited for in 2015 are actually releasing quite late this year, so as we sauntered into fall and said good bye to summer, I was getting ready to say hello to a couple of my most anticipated titles. Shadows of Self was most definitely near the top of that list. I’m a big fan of Brandon Sanderson, and I absolutely loved The Alloy of Law – probably more than all three books of the original Mistborn trilogy put together, so small wonder that I was really looking forward to this follow-up.

If there’s one thing I can never resist, it’s a good Fantasy meets Western setting. Three centuries after the events at the end of The Hero of Ages, the world of Mistborn has transformed into something altogether different. We’re on the cusp of an era similar to the industrial revolution, and all around are new inventions giving rise to mild hints of steampunk. On the outskirts of the built-up city of Elendel is a dusty, lawless territory known as the Roughs, where our protagonist Lord Waxillium Ladrian made his name as a lawman-for-hire.

Magic, however, is alive and well. Allomancy and Feruchemy are still around, though applied here in a different way which preserves the marvel of the original system while adding a whole new dimension to it at the same time. Characters from the original trilogy like Vin, Elend, Kelsier and Sazed are also now long gone but not lost, their names immortalized forever in history and religion. It’s therefore possible to read this subseries without having to start with the first three books, though the experience might be richer if you do because then you’ll understand all the references to these past people and events. And for those who enjoyed the original trilogy, The Alloy of Law and Shadows of Self will introduce you to a fresh start featuring great new characters in a dynamic world that evolves with time. You’ll still be getting all the good stuff, but these books are far from being just the same-old, same-old; they’re shorter, more lighthearted and fun in tone and style, and I found that the mix of old and new worked very well for me.

Shadows of Self continues the adventure by bringing back Waxillium and his good friend Wayne in a new mystery involving a hunt for an assassin. Nearly two decades have passed since Wax first started his youthful escapades into the Roughs, and he has recently returned to the city in order to take up the mantle of his lordship, which comes with a whole new set of responsibilities – including getting married. Wax and Wayne now use their allomantic powers to assist the constabulary of Elendel, working alongside the constable-general’s chief aide Marasi Harms, who is also the half-sister of Wax’s fiancée. Their latest case involves a massacre at an auction organized by the governor’s corrupt brother, whose body was found among the victims which included nobles as well the city’s most notorious crime lords.

It soon becomes clear that the governor himself is a target. And to make matters worse, Wax learns that the assassin they hunt may not be human at all, but a Faceless Immortal who calls herself Bleeder, a kandra that ingests the bones of other beings to take on their physical appearance and personality. What do you do when your quarry could be anyone?

Given how much I enjoyed The Alloy of Law, I was not surprised that I had a great time with this book too. Shadows of Self features a more complex plot, drawing heavily upon the world of Mistborn and its religious lore. The gods play a much bigger role in this one, with the stormy politics of the deities mirroring the political state of the mortal world. Just as the people of Elendel are sick and tired of the corruption in the government and in the nobility, not all kandra are content with Harmony’s rule. When both situations come to a boiling point, the results aren’t pretty. For readers though, it’s a tense race against time with Wax, Wayne and Marasi as they try to prevent the city from tearing itself apart, and the only way to stop the destruction is to catch Bleeder. For a supposedly insane killer, she proves to be much craftier than anyone could imagine.

Wax and Wayne are also as fantastic a duo as the synergy of their names imply (though in truth, any scene with Wayne in it is automatically awesome, even when he’s solo) and having Marasi back is great as well. It’s interesting to see the dynamics play out between them when they work together, and as always I love the humor and the snappy dialogue which is way more prominent here than in the original trilogy, and probably where the lighter “fluffier” feel of these books comes from. Each character also has his or her own strengths and foibles, and I thought this installment explored those traits and covered them remarkably well without taking away from the main story.

The most exciting moments came at the end for me, and I won’t lie, I was a bit of an emotional wreck after last few chapters. Strangely, I wouldn’t say the events leading up to the climax were entirely unpredictable, though the twists were a mix of “Okay, I saw that coming” along with “Wait, that wasn’t what I expected.” Either way, Sanderson knows how to deliver a conclusion, and it’s a jaw-dropping one that left me reeling from the impact. I’ve become deeply invested in Wax’s story over the course of these two novels, and the ending did not disappoint.

All told, this book sees Brandon Sanderson doing more of what he does best – telling captivating stories that delight and enchant. Shadows of Self is another great addition to the Mistborn sequence, and another fantastic book from an author well known for his creative world-building and ingenious magic systems.

*** Originally reviewed at The Speculative Herald ***

← An Interview with Stephen Aryan, Author of Battlemage
Waiting on Wednesday 10/07/15 →

13 Comments on “Book Review: Shadows of Self by Brandon Sanderson” 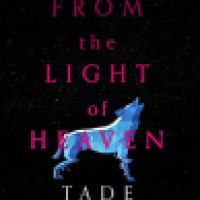 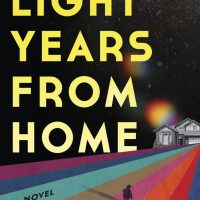