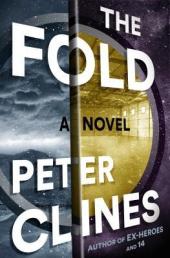 The Fold by Peter Clines

The Fold is an amazing book. I couldn’t put it down, which is not something I normally write in reviews because it sounds so much like a cliché. In this case, however, it’s absolutely true and no exaggeration. This book even caused a moment of blustering indignation at one point, because it was 4:30 in the morning but it still wasn’t letting me close it up and get some sleep. And that is the story of how I finished this almost 400-page book in a little more than a day.

Needless to say, I was already feeling beyond excited when I first learned that Peter Clines was going to have a new book out this summer. I’m a big fan of the author and his genre-mashing stories and writing style, after having read his novel 14 and gobbling up every book in his Ex-Heroes series as they are released. So when The Fold finally landed in my grubby little hands, I could hardly wait to get started. What does it have in store for me, I wondered, if it wasn’t another Ex novel about the zombie apocalypse versus superheroes?

Well, my excitement only grew when I started reading and discovered that The Fold is actually kind of a “side-quel” to 14. And while the novel’s protagonist Leland “Mike” Erikson might not be a superhuman, with his powerful eidetic memory and the ability to perfectly recall anything he has ever heard or seen in his life, he may as well be. This part is really cool: Mike visually pictures all his memories as bits and pieces in his head, carried by a swarm of ants all constantly seething with information and interpretation. The ants allow him to take in the sights and sounds, and organizes them with his thoughts. He can put together graphs and statistics, even overlay them in 3D representation if he wants, all in a blink of an eye. Captain America or any movie that’s ever been made can be instantly replayed in his head whenever it pleases him, as long as he’s seen it before. Man, what I wouldn’t give to have a gift like his.

But then, there are the downsides. Mike can never forget anything, which includes bad memories. Traumatic experiences stay with him forever and with awful clarity, like they only happened five second ago. Between that and the overwhelming, all-consuming way his ants seethe and swarm when he lets them out to do their thing, I can understand why the guy just wanted to fade into obscurity and teach high school English in the-middle-of-nowhere, Maine. It’s a safe place without any great challenges to tempt the ants. It’s a place where he can just be normal.

All that changes one day, when his best friend Reggie drops in on him with a job offer, one that he knew Mike could never refuse. Out in the California desert, a team of DARPA scientists have figured out a way to transport matter in a mode that is effectively as good as teleportation. By “folding” across dimensions, their invention called the Albuquerque Door makes the difference between point A and point B almost negligible, so that the subject can simply travel across that distance with a single step. The Door works. And it’s safe. Those are facts no one can dispute. However, the scientists are refusing to go public with it for some inexplicable reason. On top of that, Reggie can’t shake the hunch that something about the project just feels wrong, so he sends Mike out there to scout things out and report back to him before the government approves funding for another year.

What follows is riveting and unique genre-mashing experience, taken to a whole new level. After all, that is what Peter Clines does best. The Fold starts off reading like a Michael Crichton novel, with 100% more pop culture and geek references. Despite its nature as a sci-fi thriller-suspense mystery, the book is surprisingly easy to enjoy without the reader feeling inundated with heavy science and tech terms – an impressive feat, considering how so much of the premise deals with topics like quantum physics or cosmological theory. Information was doled out in unobtrusive ways which often meshed neatly with the plot, like during the course of a funding review, or in casual conversations between characters over drinks at a bar.

Though the writing style isn’t anything special, the smooth flow of the prose almost makes reading this book like watching a movie. Mike is like a modern Sherlock Holmes, gathering clues with his photographic memory to build a framework of evidence to bring back to Reggie and DARPA. There’s always an air of suspense just hanging over your head, especially in the beginning when you don’t know what’s going on, and the scientists’ strange attitude towards Mike can’t be explained away by simple hostility. Even when nothing much is happening in a scene you can still feel the increasing tension and expectancy, which makes it really hard to stop (in case you’re wondering, this is how yours truly got in trouble and ended up being awake even five hours past her bedtime).

There’s a marked difference in the second half of the book, when the story take a turn for the creepy before arguably veering into horror territory. If you’ve read 14, you’ll have some idea of what I’m talking about. It actually surprised me how pleased I was to see the green cockroaches in The Fold, as that was the first hint that the two books were connected. In fact, The Fold reads a lot like 14; the two books share more than just the same world, as they are also similar in tone, style, as well as structure (though ultimately I think Clines handles the themes and pacing much better here). And just like my review of 14, I can’t really go into the second half of The Fold without giving too much away, though I will say everything reaches critical mass in a significant, explosive way.

The Fold is hands down my favorite Peter Clines book to date. It’s got everything – mystery and suspense, humor and horror, science fiction and the paranormal – all perfectly blended together with a bizarre twisty ending that will keep you saying, “Just one more page…” A fun and enjoyable read all around.

15 Comments on “Book Review: The Fold by Peter Clines” 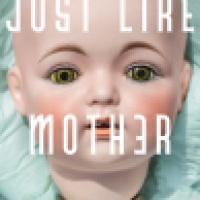 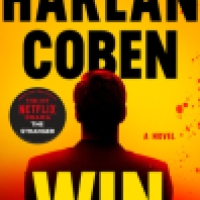 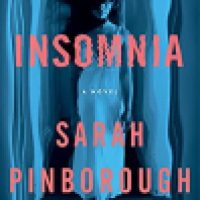