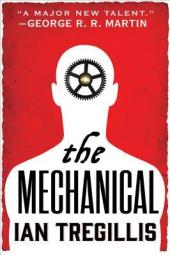 The Mechanical by Ian Tregillis

Series: Book 1 of The Alchemy Wars

Like many fans of Ian Tregillis, I was first introduced to his work with the Milkweed Triptych, a series about British warlocks versus Nazi super-soldiers in an alternate history of World War II. Then In 2013 I picked up Something More Than Night, a futuristic urban fantasy-type metaphysical hard-boiled detective noir story about angels. That book was a bit of a departure to say the least, but it also solidified Tregillis in my mind as a talented visionary, definitely a rising star to watch.

Now Tregillis returns to alternate history in The Mechanical, outdoing himself once again with an inventive blend of mind-blowing fantasy, history, and existential philosophy. This time we see humble French metallurgy pitted against the demonic alchemy of the Dutch, in a story set in the early 1900s. Back in the 17th century in this alternate timeline, prominent mathematician and scientist Christiaan Huygens changed the face of the world by using magic to develop an army of clockwork automatons capable of intelligent thought but are enslaved to their masters through a series of geasa. This breakthrough discovery ensured the survival of the Calvinist Dutch Empire, for very few found themselves capable of standing against a legion of these tireless and utterly obedient mechanical men called “Clakkers.”

So three hundred years later, the Dutch are the dominant power with only a small remnant of French Papists still fighting to oppose their rule. The book begins with the executions of a group of French spies, witnessed through the eyes of one of our main protagonists, a Clakker servitor named Jax. Across the ocean where what’s left of the French Court has been exiled to the New World, our other protagonist is spymistress Berenice Charlotte de Mornay-Périgord, who is understandably vexed that almost all her agents back in the Netherlands have been caught and killed. Not long after, Jax is unwittingly used to smuggle a dangerous piece of intel across the Atlantic, and then a fatal disaster strikes the French within the walls of Marseilles-in-the-West. Thus begins an incredible tale of deadly secrets and ruthless politics, as our two characters’ fates ultimately come together in their search for what they desire most – for Jax, the sweet taste of freedom, and for Berenice, her vengeance on those who took everything from her.

What can I say but I’m just completely awestruck by the world Tregillis has created here. I know I say that about every one of his novels, but it’s true. No one does alternate history quite like the way he does, always bringing a fresh new twist by blending elements from multiple genres. He offers a whole new vision to steampunk in The Mechanical, presenting a heart-pounding tale of intrigue wrapped around a philosophical core which explores the subject of artificial intelligence and its consequences. The book will no doubt provide fertile ground for plenty of discussion, littered as it is with profound themes examining free will versus determinism, the nature of identity and the purpose of the individual, and at times it even dabbles lightly in religious theory.

Sounds delightfully cerebral, doesn’t it? But don’t let that fool you. True, The Mechanical will give you plenty of existential questions to mull over, but at its heart it is a gripping story brought to life by complex, engaging characters. There’s plenty of action and adventure that will get the blood pumping in your veins. Also, you can never let your guard down when reading a Tregillis novel. No one is ever truly safe (the unfortunate character of Father Luuk Visser can attest to that) and the author clearly has no qualms about taking his story into shocking, brutal territory. Tragedy and bloody violence can befall a character in a Tregillis novel at any time, something I discovered way back when I read Bitter Seeds, so it was a lesson I learned early.

Still, I’ve said this before and I’ll say it again – I do adore Ian Tregillis’s writing for the very fact that his style is so well-suited for darker, more evocative stories. His prose is so tight and it always flows well with the narrative, not to mention he can also be ferociously detailed when he needs to be. He draws you in and makes you feel for his characters, so that everything that happens to them matters, even (or perhaps especially) when the shit massively hits the fan. I found The Mechanical less bleak than Milkweed, though fair warning: there are more than a few traumatizing scenes in this book. Then again, it sure didn’t stop me from madly devouring up its pages, and in fact I find myself even more invested when I know that anything can happen.

In short, The Mechanical is an excellent read, not to be missed by fans of alternate history fiction and steampunk. Even if you’re not into those genres, the mix of so many ideas and other elements from sci-fi and fantasy will surely make this worth checking out. Tregillis never fails to impress, and his writing and stories seem to be getting better with each novel. This book is truly unlike anything I’ve ever read before, and it’s my favorite work of his to date. I can’t wait to see what the next installment in The Alchemy Wars will bring.

A review copy of this book was provided to me by the publisher in exchange for an honest review. My thanks to Orbit Books!

21 Comments on “Book Review: The Mechanical by Ian Tregillis” 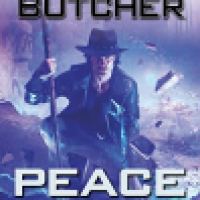 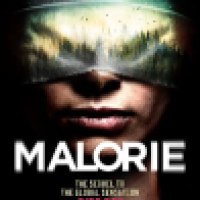 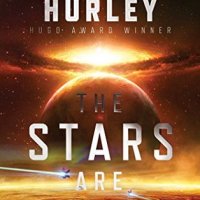