Book Review: The House of the Four Winds by Mercedes Lackey & James Mallory

The House of the Four Winds by Mercedes Lackey, James Mallory

Series: Book 1 of One Dozen Daughters

It’s been a while since I’ve read a satisfying maritime fantasy. “I wish you luck, love, and adventure,” says a character to the protagonist in the beginning of this novel, and incidentally that’s exactly what we get. Starring a princess masquerading as a young man, along with pirates, magic, a secret map and untold treasures, perhaps the “adventure” part is what we get the most of all in this story that takes place mostly on the high seas.

Princess Clarice is the daughter of the Duke of Swansgaarde, the eldest of twelve girls (I know…YIKES!) and one boy. While the arrival of a son and heir apparent was a much celebrated event, this left the family with a dilemma – they cannot possibly secure the futures of Clarice and her eleven sisters, as that many royal dowries would surely bankrupt the already small and modest Duchy. The girls, therefore, were raised from an early age to be able and independent, preparing for the day they would be expected to make their way into the world and find their own fortunes.

Sometimes, I get the feeling that a book really wants you to get into the action right away. These books tend not to weave the world’s history into the story and instead the authors push everything you need to know right up front. Readers of House of the Four Winds might find its prologue and the first couple of chapters to be exposition-heavy, outlining the Duchy of Swansgaarde’s circumstances and thus also explaining Clarice’s fighting prowess and motivations for traveling on her own to see the world. Granted, it’s not the most subtle way relaying the information, but it’s efficient and fast, and looking back, the introduction gave the book an almost fairy tale-like “Once upon a time…” quality, which was actually quite nice.

Then we get to the meat of the story, an action-adventure tale with a bit of romance thrown in. As the first princess to seek her fortune, Clarice has decided to play to her strengths as a sword fighter, and intends to hone her skills in the New World across the ocean. Disguising herself as a young nobleman named Clarence Swann, she is charmed by the charismatic and handsome navigator Dominick Moryet and books passage on his ship the Asesino, sailing under Captain Samuel Sprunt who is said to be extraordinarily lucky. There might have been more to Sprunt’s “luck”, however, as the unfortunate crew come to discover when tensions mount and an uprising becomes inevitable.

If your fancies run towards the nautical, then you’ll be in for a treat. Your journey will start with the down-and-dirty details of everyday ship living, as well as meeting the various crew members and officers, all of this seen through Clarice/Clarence’s eyes so it is all very natural and relevant to the young princess’ learning. The authors make it a fascinating experience and the story only gets better as the events unfold, leading to a mutiny and the discovery of a hidden island controlled by pirates and an evil enchantress. Pirates, of course, are always a fan favorite. The plot is also kept fun and lighthearted with the protagonist’s efforts to keep her disguise a secret, even as she begins to fall for the winsome Dominick. Mistrust between the factions aboard the ship keep the story interesting, not to mention the possibility of the crew of Asesino turning privateer themselves.

My only issue with this book involves certain aspects of the writing, especially when we are reading about significant events that I feel should hold more weight and suspense. In my opinion, these scenes weren’t very well executed. Deaths of important characters were glossed over unceremoniously. Fight scenes were cut-and-dried without much sense of urgency. And of course, the prime example was the critical and inevitable moment when Clarice’s identity is revealed to Dominick, and the result was a fizzle at best. There was no outrage and no shock of betrayal, and even if Dominick were the most understanding person in the world, I would not have expected his response to be “OMG I LOVE YOU TOO!” Things tied up just a little bit too neatly. Considering how Clarice kept the truth of her identity from the whole crew for pretty much the whole book, with everyone believing she was a man this whole time, I would have expected a more realistic reaction.

These tiny quibbles aside, The House of the Four Winds is a fine tale of swashbuckling adventure. The story is to be taken lightly and enjoyed at face value, and the book is the boisterous seafaring romp it was meant to be. As another bonus, it wraps up nicely with satisfying ending. This conclusion along with the series name of One Dozen Daughters leads me to wonder if future books will focus on Clarice’s sisters’ individual journeys instead, rather than continue with Clarice herself. If that turns out to be the case, then there’s no telling the places this series can go; the possibilities are exciting and endless. Either way, I’m looking forward to seeing more.

A review copy of this book was provided to me by the publisher via NetGalley in exchange for an honest review. My thanks to Tor Books!

14 Comments on “Book Review: The House of the Four Winds by Mercedes Lackey & James Mallory” 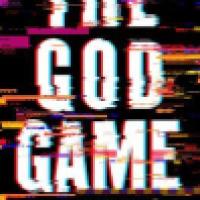