Another quick update this week as we barrel towards the holidays and things are looking a little quiet in the old inbox. With thanks to Forge Books for sending along an ARC of The Last Beekeeper by Julie Carrick Dalton which is set in a near-future world where bees have gone extinct, looking at the far-reaching consequence on a society’s agriculture, environment, economy, and politics.

Courtesy of Orbit, I also received an ARC of Children of Memory by Adrian Tchaikovsky, the third book in the Children of Time series. I loved the first two books, which I think are some of the author’s finest work, so I’m really looking forward to read this one.

Thank you also to the kind folks at Wunderkind PR and 47North for a review copy of The Union by Leah Vernon. This was a new one to me; a quick search on Goodreads shows it’s a sci-fi dystopian unique for its reverse racism themes and that it was originally self-published under the title Impure before being revised and re-released under its current title.

Only one new audiobook in the digital review haul this week. Thank you to Hachette Audio for an early listening copy of The Stolen Heir by Holly Black, the start of a new duology set in the same world as the author’s Elfhame series. 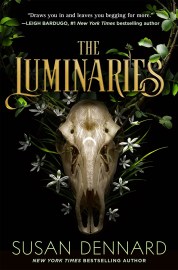