A big thank you to Titan Books for a review copy of The Final Child by Fran Dorricott, a thriller about a woman who survived a childhood abduction by a serial killer who only ever took pairs of siblings. Unfortunately, while she escaped, her brother was never found. I’ll be a part of the blog tour celebrating the release of this book next week, so stay tuned for the post!

Thanks also to the awesome folks at Subterranean Press for an ARC of The Best of Lucius Shepard: Volume Two edited by Bill Sheehan. This massive anthology follows the first volume in collecting more stories and novellas from the late Lucius Shepard, who left behind an unparalleled body of work in his long and impressive career.

Also thanks to the amazing team at Blink for this gorgeous copy of Heartless Heirs by MarcyKate Connolly, the sequel to last year’s Twin Daggers!

And a huge thank you to Orbit Books for the following exciting arrivals: The Wisdom of Crowds by Joe Abercrombie is the third and final book in the Age of Madness trilogy, and I’m glad I got to read the second book earlier this year so that I could be all caught up! I also received a finished copy of The Body Scout by Lincoln Michel, which I’m keen to check out because of its techno-thriller meets sci-fi noir premise. I was also super psyched to receive an ARC of The Bone Shard Emperor by Andrea Stewart. It’s the sequel to The Bone Shard Emperor which was one of my favorite books last year, so I’m really looking forward to see what happens next. 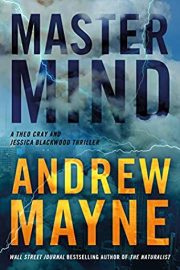 In the audiobook haul, with thanks to Penguin Random House Audio for an ALC of Horseman: A Tale of Sleepy Hollow by Christina Henry! This one’s going to be at the top of my list of creepy reads for fall, I’m sure. From the publisher I also received a listening copy of Star Wars: The High Republic – Tempest Runner by Cavan Scott, an audio original performed by a full cast. The last time I tried one of these, it was incredible, so I’m hoping this is going to be similar. And then there’s My Sweet Girl by Amanda Jayatissa which was a new one for me, but the description quickly caught my attention and convinced me to give this debut psychological thriller a try!

Last but not least, thank you to Brilliance Audio for a listening copy of Mastermind by Andrew Mayne. I already devoured this one, of course. Gotta get my Theo Cray fix! Anyway, it was pretty fantastic, and my review should be up next week.