Audiobook Review: A Psalm for the Wild-Built by Becky Chambers 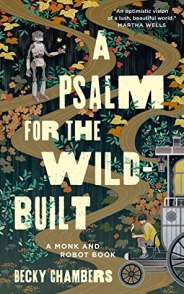 A Psalm for the Wild-Built by Becky Chambers

A comfy read for when you need a quick pick-me-up story to warm your heart, A Psalm for the Wild-Built is the first novella in a new series by Becky Chambers following a sojourning monk and a precocious robot as they wax philosophical about the meaning of life.

A long time ago, in an event known as the Awakening, the robots of Panga chose to take their newfound sentience and venture into the wilderness, never to be seen again. Humans, respecting their choice, in turn learned to adapt and live without their A.I. helpers. Centuries later, when a society with robots have become a mere memory, a monk named Sibling Dex has decided to follow a different calling, taking to the road as a traveling Tea Monk. Drawn to the idea of a quieter, simpler life outside of the city, Dex is convinced it is their new purpose.

However, instead of the solitude they were looking for, Dex meets a robot named Splendid Speckled Mosscap, who takes a curious interest in the monk. Much to Dex’s annoyance, Mosscap informs them that it is on its own mission collecting information about humans, tasked with finding out what they need and what they want. Feeling unqualified to answer those questions, Dex reluctantly allows the chatty robot to journey with them, but then later learns to appreciate the companionship. The two of them have a lot to teach each other, as it turns out, and the rest of the novella is a chronicle of their different conversations while traveling together.

I’m going to be honest here. A Psalm for the Wild-Built was a good book and I enjoyed my time reading it, but nonetheless, I was left feeling oddly unfulfilled after I was finished. Of course, I can think of a couple reasons why. First, I make it no secret I am very picky when it comes to novellas because I need well-developed characters in order to care about what I’m reading, and I find few are able to satisfy \those expectations. Granted, Chambers did a better job than most when it comes to making both Dex and Mosscap feel like fully realized and well-rounded characters, considering she was working within the limitations of a 160-page novella.

That said, I don’t think there was anything too profound or that complex when it comes to its contents. Sure, our protagonists discuss a wide range of topics, from what it means to be human (or robot) to whether the divine exists. I suppose you’re meant to feel all overwhelmed and moved by the intensity and deep insight into their conversations, but sorry to say that’s where I was not completely on board. Like the author’s Wayfarer series, A Psalm for the Wild-Built will give you all the warm and fuzzies, but ultimately I felt it lacked the depth you’d find in her novels. This being my sixth book by Chambers might also have something to do with influencing my expectations, because this feels rather typical and simplistic compared to some of her best work.

In other words, yes, I think I’ve been spoiled. Still, I’m not sorry I read this. Honestly, I’ll pick up anything Becky Chambers writes because I love her style, and as ever her brand of hopeful optimism is a breath of fresh air. If you’re a fan, you are not going to want to miss A Psalm for the Wild-Built, and despite it being on the lighter side, this novella would also make a fantastic introduction to the author if you’re new to her work.

Audiobook Comments: Solid narration for the audiobook edition by Emmett Grosland, who provided just the right amount of emotional weight and emphasis to the characters’ voices. I would recommend.

← Review: Capture the Crown by Jennifer Estep
Waiting on Wednesday 07/21/21 →

19 Comments on “Audiobook Review: A Psalm for the Wild-Built by Becky Chambers” 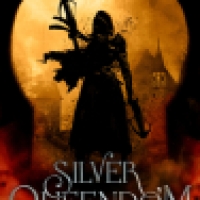 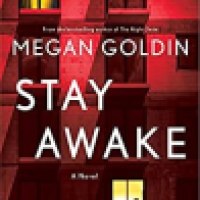