Book Review: The Ladies of the Secret Circus by Constance Sayers

The Ladies of the Secret Circus by Constance Sayers

I discovered a lot of new authors last year, and so far I have not been disappointed by the subsequent works they’ve put out, with Constance Sayers being the latest on this list. I loved her debut A Witch in Time and I am pleased to say she delivers a shining sophomore novel in The Ladies of the Secret Circus.

Told in distinct sections separated by time and place, our story first begins in Virginia in the year 2005 where protagonist Lara Barnes is excitedly preparing for her wedding to Todd Sutton, the love of her life. But on the big day, Todd is a no-show. While initially everyone believed this to be a case of the groom getting cold feet, a humiliated Lara has never accepted this to be the truth. Sure enough, when Todd’s abandoned vehicle is found on a lonely patch of road known as Wickelow Bend, uneasy questions are brought to the surface by old-timers and residents familiar with their town’s history who know it is not the first time this has happened. Thirty years ago, another man disappeared under similar circumstances, their empty car also left on this exact spot.

As Lara begins her own investigations, her findings lead her to uncover more about her family’s magical history and involvement with an enchanted circus with roots that date back to 1920s Paris. An old journal belonging to her great-grandmother Cecile gives Lara glimpses into the past with its lush descriptions of a mysterious traveling troupe whose existence is only known to those lucky enough to receive a magic ticket. This was the world of Le Cirque Secret, whose performers beguiled audiences nightly with wondrous illusions and seemingly impossible feats. From beast tamers to trapeze artists, they all worked under the direction of their enigmatic ringmaster, Cecile’s father. As such, life within this hidden circus was all that she knew, until she fell in love with a charming young artist, sending the two of them down a twisted path of danger and dark magic.

Those who enjoyed A Witch in Time will find similar appealing elements here, I think. For one, there is a significant historical aspect, which is great because I believe this is an area in which Sayers excels. It is no exaggeration to say her prose has a way of sweeping you up and away into another sumptuous and beautiful world, especially when dealing with the sections set in early twentieth century Paris. The story also traces the lives of multiple related protagonists, and in this case, they are the intriguing women of Lara’s family line—mother Audrey, grandmother Margot, great-grandmother Cecile and her twin Esme. And finally, this ensemble would certainly not be complete without the captivating forces of mystery and romance, which The Ladies of the Secret Circus delivers in spades.

Transporting us back and forth between the two timelines, the author manages to weave together a narrative of love and loss that is at once fantastically epic but also surprisingly relatable. This is evidenced right from the first chapter, as Lara stands in front of the mirror altering her wedding dress with nothing but the power of her mind before Audrey arrives, the two sharing a moving mother-daughter bonding moment. The book is simply packed with everyday scenes like this that are touched by magic, but it’s the people and their emotional relationships that bring everything back down to earth and fill me with warm and fuzzy feels. I had a marvelous time following these characters in both modern times and in the past, and this novel is a rare instance where I really cannot say which storyline or POV I preferred because I sincerely enjoyed them all.

Perhaps you might also be wondering how such different people living in such disparate times and places might have anything to do with each other, and well, that’s the crux of it, isn’t it? I won’t go into too much detail, but what I will say is that, like everything else in this book, the answers involve a combination of the real and the paranormal. We have everything from the influence of demonic entities, magical bloodlines, and powerfully wrought illusions to a murder mystery, good old-fashioned detective work, and a thriller-style ending. It’s a wild blend of genres and themes guaranteed to both energize and satisfy. I can honestly say I did not see a couple of the twists coming.

Bottom line, I think experiences with The Ladies of the Secret Circus will depend highly on how you feel about the story’s structure and its mix of romance, mystery, and drama, not to mention the mashing up of the contemporary and historical, the mundane and the magical. If you enjoyed A Witch in Time though, there’s a good chance you’ll like this too! I’m definitely keeping Constance Sayers on my must-read authors list.

22 Comments on “Book Review: The Ladies of the Secret Circus by Constance Sayers” 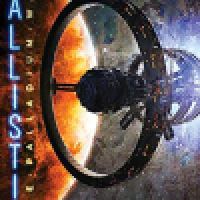