First, my thanks to Titan Books for a copy of Dracula’s Child by J.S. Barnes, a continuation of the great classic following Jonathan and Mina Harker some years after they survived their ordeal in Transylvania. This is going to be a great read for October and I can’t wait to get started.

With thanks also to Del Rey Books for a finished copy of A Deadly Education by Naomi Novik, which I’m actually reading right now. This was one of my most anticipated releases of the year and so far I’m enjoying it, but I gotta say it’s pretty slow. About halfway through and it’s mostly a lot of description and talk, but there’s still plenty of time for it to pick up. I should be done by the time this post goes live.

I also want to thank Saga Press for these next two new arrivals, including this ARC of Machinehood by S.B. Divya, a sci-fi thriller about humanity’s struggle to stay relevant in a future increasingly being dominated by artificially intelligance. A special shoutout also goes out to the amazing team at Wunderkind for hooking me up with a copy of  Machine by Elizabeth Bear, the sequel to Ancestral Night, though I am excited to hear it can be read as a standalone. As you know, November is Sci-Fi Month and I’m planning to participate again, so this one will be an excellent addition to next month’s TBR. 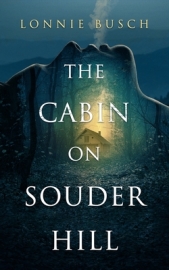 Believe it or not, I only hauled one audiobook this week. The Cabin on Souder Hill by Lonnie Busch has been on my wishlist for a while, and I was so excited when I received a listening copy from Blackstone Audio. Of course, when I went to add it to Goodreads, I saw the highly mixed reviews and saw that lots of people were describing the story as “weird” so now I’m a bit worried. Hopefully, it’ll work for me!

Over the last couple of months I’ve also brought my NetGalley stats up some more so I figured I could afford to make a few requests. You might have seen my Waiting on Wednesday post earlier this week featuring A Dark and Secret Place by Jen Williams, so you can imagine the speed at which I slammed on that request button when I saw the eARC pop up from Crooked Lane Books. With thanks to Tor Books I also received widgets for a couple of their upcoming titles including Winter’s Orbit by Everina Maxwell and The Last Watch by J.S. Dewes. And finally, I was pleasantly surprised when I was contacted by Entangled: Teen with news of the imminent release of Send Me Their Souls by Sara Wolf, the finale to the Bring Me Their Hearts trilogy. I hadn’t even realized how soon it was going to come out, and was thrilled when I received an eARC. I can’t wait to see how this series will conclude.

The Invisible Life of Addie LaRue (5 of 5 stars)
The Bone Shard Daughter by Andrea Stewart (4.5 of 5 stars) 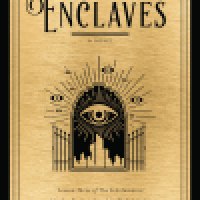