Books are still trickling in, at a slower rate than before the world shutdown of course, but finding these little surprises in my mailbox always makes my day. Earlier this week I received The Archer at Dawn by Swati Teerdhala, the sequel to The Tiger at Midnight – which was an amazing book, by the way. I’m so excited to continue the series. Thank you so much to Katherine Tegen Books and Wunderkind PR for the ARC.

I was also beyond thrilled when a package from Simon & Schuster arrived, containing a couple of ARCs. Savage Legion by Matt Wallace is the first book of a new fantasy series by the author of the delightful Sin du Jour novellas, and The First Sister by Linden A. Lewis is one I’ve had my eye on, an opening volume to a new science fiction trilogy that has been described as Red Rising meets The Handmaid’s Tale in space. Yep, just give it to me! My thanks to Saga Press and Skybound/Gallery Books. 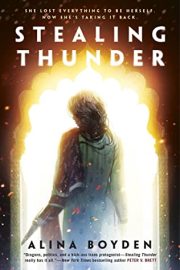 I also picked up a few new audiobooks this week, with thanks to Penguin Random House Audio for Minecraft: The Voyage by Jason Fry, the latest book in the official series based on the hit game, as well as Stealing Thunder Alina Boyden, the first book of an epic fantasy series inspired by the Mughal Empire. Courtesy Macmillan Audio I also picked up Dark Skies by Danielle L. Jensen, the sequel to Dark Shores which I really enjoyed, as well as The Split by Sharon Bolton, a suspense thriller I’ve had my eye on for a while now. With thanks to Hachette Audio, I also snagged the highly anticipated sci-fi dystopian Goldilocks by Laura Lam, and with thanks to Harper Audio I received The Guest List by Lucy Foley, the mystery novel that everyone’s been talking about!

And this last one’s not a new release, but it’s still a big deal – because Under Ordshaw by Phil Williams is finally in audio! I’ve been waiting for the audiobook release ever since the author told me last year it was in the works. Big thanks to Phil for supplying me a review copy, I can’t wait to get started! 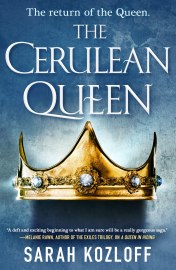 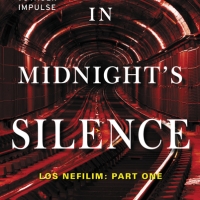