First a huge thanks to Saga Press for this trio of ARCs I received last week: The Down Days by Ilze Hugo is a magical realism debut, The Kingdom of Liars by Nick Martell a high fantasy novel of magic and political intrigue, and The Only Good Indians by Stephen Graham Jones is a described as a creeping supernatural horror. Really looking forward to diving into these beauties, which all have release dates in May.

With thanks also to Orbit books for We Ride the Storm by Devin Madson which was a surprise arrival, but a very welcome one. This book was a finalist in the fourth SPFBO and I’ve been curious about it ever since it started racking up all these high marks from every judge in the competition.

Also thank you to Tor.com for sending along finished copies of The Empress of Salt and Fortune by Nghi Vo and Anthropocene Rag by Alex Irvine. I hope to knock at least one of both of these off my TBR before the end of the month!

And a special shout out to Flame Tree Press and Smith Publicity for sending along an ARC of The Wise Friend by Ramsey Campbell, a horror novel of the occult which has been on my radar for a while. As a bonus, a review copy of The Garden of Bewitchment by Catherine Cavendish was also enclosed because of my interest in atmospheric Gothic horror, as well as a copy of Slash by Hunter Shea because I had made a comment about how long I’ve wanted to try his work. I was incredibly touched by the kind gesture, and also by the inclusion of this cool hardcover journal, which will definitely come in handy when I do my reading notes.

In the digital pile, I was so happy to pick up an advance listening copy of Night of the Dragon by Julie Kagawa from Harper Audio. I cannot wait to read the conclusion to this epic YA trilogy. 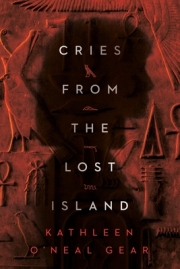