Kicking off this roundup, a big thanks to Titan Books for Light of Impossible Stars by Gareth Powell, book three in the Embers of War series. I’m very excited to finish up this trilogy, right after I catch up with Fleet of Knives, very soon! Also thank you to Saga Press for sending along a finished copy of A Longer Fall by Charlaine Harris, an unexpected but very welcome surprise. I loved the first book An Easy Death, and I look forward to reading this sequel. With thanks also to Orbit books for The Shadow Saint by Gareth Hanrahan, which was a solid follow-up to The Gutter Prayer. In case you missed it, I reviewed the first book in audio earlier this month.

Courtesy of the kind folks at William Morrow, I also received a copy of No Bad Deed by Heather Chavez. They’ve been spoiling me with some nice looking thrillers lately, and this is one I’m curious to check out. And the awesome team at Del Rey also sent the following: a finished copy of A Blight of Blackwings by Kevin Hearne, which is the sequel to Plague of Giants. I’ll be honest, I did not like the first book at all, but I haven’t discounted continuing the series yet. Guess I’ll just have to see what my reading schedule is like and the mood I’m in. But I’m super pumped for this next arrival, an ARC of Shorefall by Robert Jackson Bennett. Feels like I’ve been waiting for this one forever, and finally its release is nearly upon us. 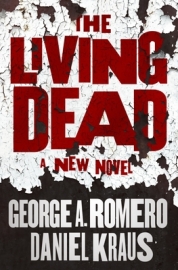 In the digital pile, I received quite a few new audiobooks. With thanks to Simon & Schuster Audio, I received The Tenant by Katrine Engberg, which I actually reviewed earlier this week. To read my thoughts on this addictive murder mystery, check out the link below in the Reviews section. Next from Macmillan Audio, I received Burn the Dark by S.A. Hunt. From Penguin Audio I received the sci-fi dystopian The Last Day by Andrew Hunter Murray, and from their YA imprint Listening Library I received The Queen’s Assassin by Melissa de la Cruz.

And because I’m on a roll when it comes to thrillers, I also grabbed Bitter Falls by Rachel Caine with thanks to Thomas & Mercer via NetGalley. This is the fourth book of the Stillhouse Lake series which has been going really strong, and I’m hoping to start it by the end of the month. And huge thanks to Kaye Publicity for hooking me up with eARCs of Bent Heavens by Daniel Kraus, a YA horror sci-fi coming out from Henry Holt & Company, as well as The Living Dead by George A. Romero and Daniel Kraus, a zombie horror coming out from Tor Books this summer. Daniel Kraus is the author who co-wrote, with Guillermo del Toro, the novel The Shape of Water (which I loved) based on the movie of the same name. I’m very excited about these next projects of his, especially in the case of The Living Dead, which is the novel left unfinished by George Romero when he died, and Kraus was tapped by his estate to do the honors of completing it.