Welcome to the first Bookshelf Roundup of 2020! First thank you to St. Martin’s Press for sending me The God Game by Danny Tobey! I’m really looking forward to reading this book, and I’m thrilled to have a physical ARC, not to mention the cover is so pretty. Thank you also to Tor Books for a surprise ARC of Deal with the Devil by Kit Rocha. This is the first book of a series called Mercenary Librarians, which just sounds like the coolest thing ever. And from the awesome team at Tachyon Publications, I also received Of Mice and Minestrone by Joe R. Lansdale, a short collection of tales featuring two of the author’s most popular characters, the East Texas duo Hap and Leonard.

And much love to the folks at Simon Pulse for sending me a finished copy of Chosen by Kiersten White! Super excited about reading this one, if I haven’t already started by the time this post goes up. With thanks also to DAW Books for sending me the following: Ghost Money by Stephen Blackmoore is the fifth book of the Eric Carter series which I’ve been meaning to try, but looks like I have a lot of catching up to do. Speaking of sequels, The Mistress of Illusions by Mike Resnick is the second book of The Dreamscape trilogy, another series that I’d meant to start but didn’t get the chance to. Too many books, too little time!

Only one audiobook in the digital haul this week, with thanks to Listening Library for a listening copy of Ashlords by Scott Reintgen. I had mixed feeling about his book Nyxia but this one described as “Red Rising meets The Scorpio Races” sounds like something I would like better. Plus, Lauren Fortgang’s involved as one of the narrators, and I’m a big fan.

The Caged Queen by Kristen Ciccarelli (4 of 5 stars) 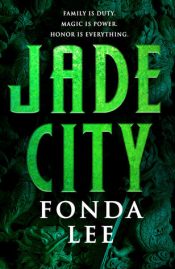 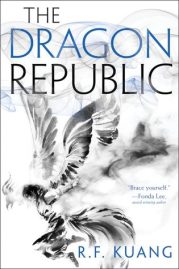